Find out more about the Conserve Africa SHORTLIST HERE 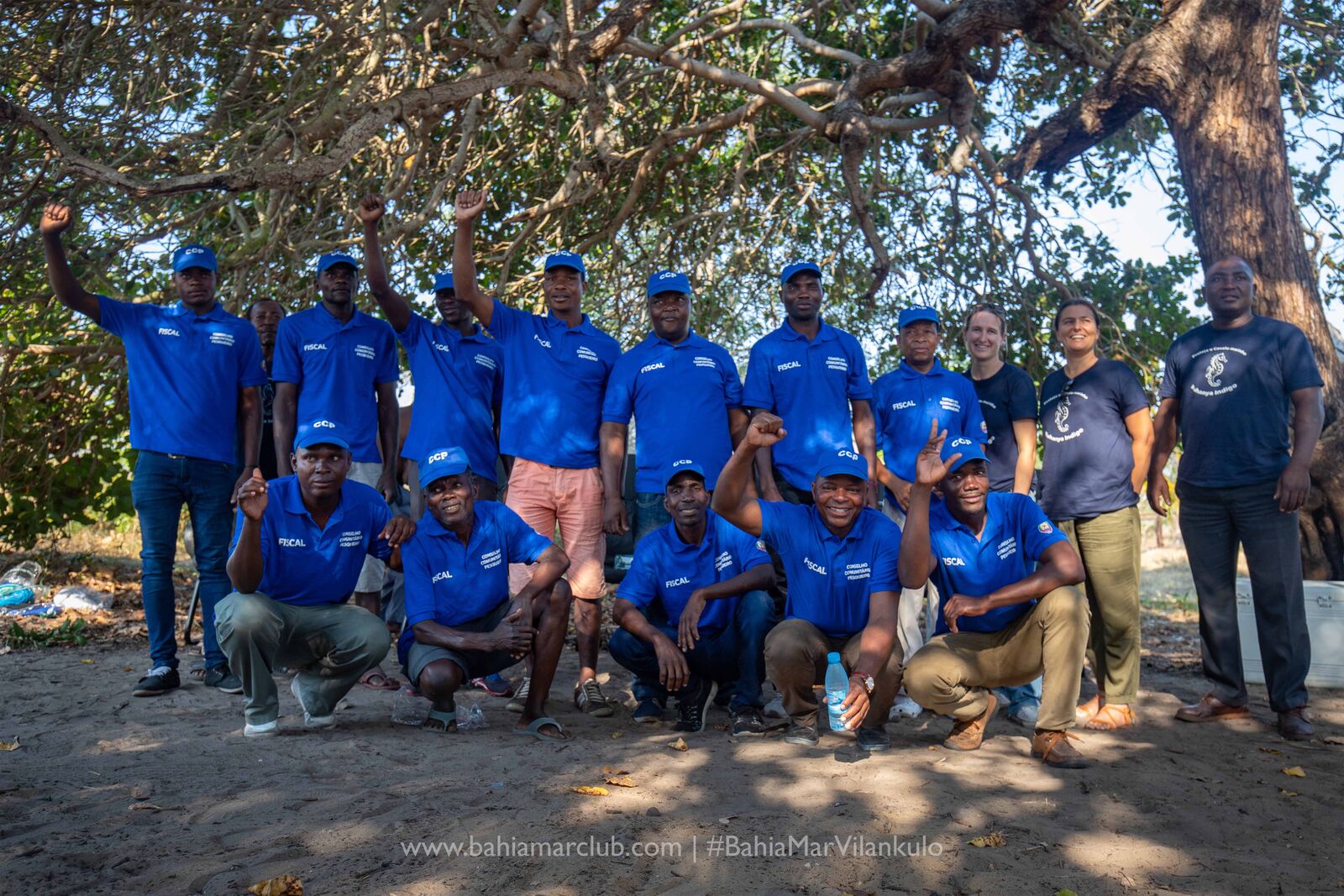 We launched a short-term campaign to combat seahorse poaching in collaboration with the local authorities and in partnership with the local organization ParCo. 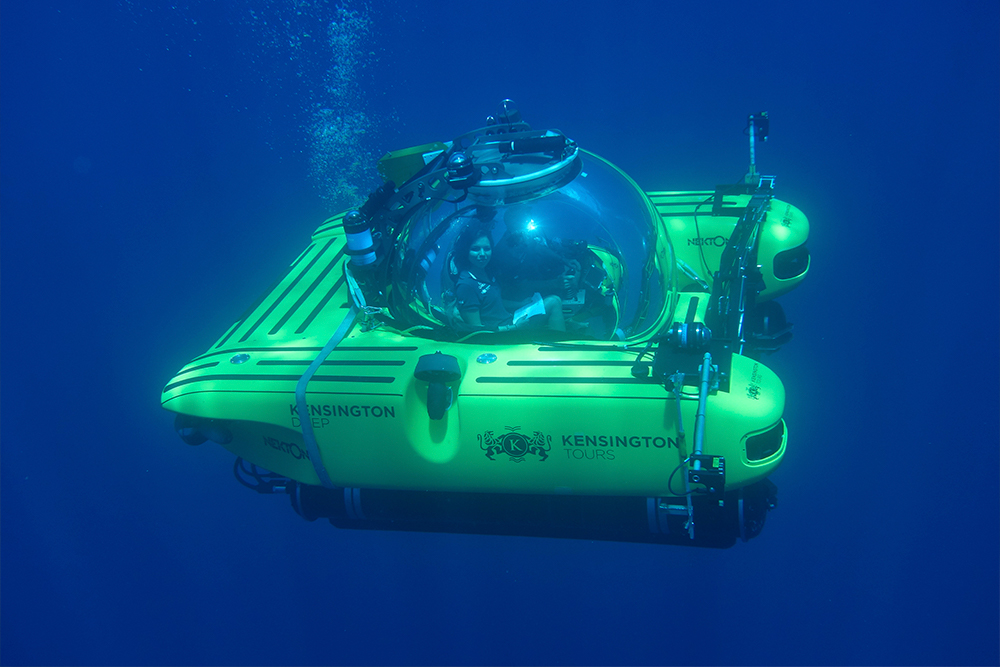 Kensington Tours has partnered with not-for-profit foundation Nekton on First Descent for a series of missions in partnership with Indian Ocean Governments. 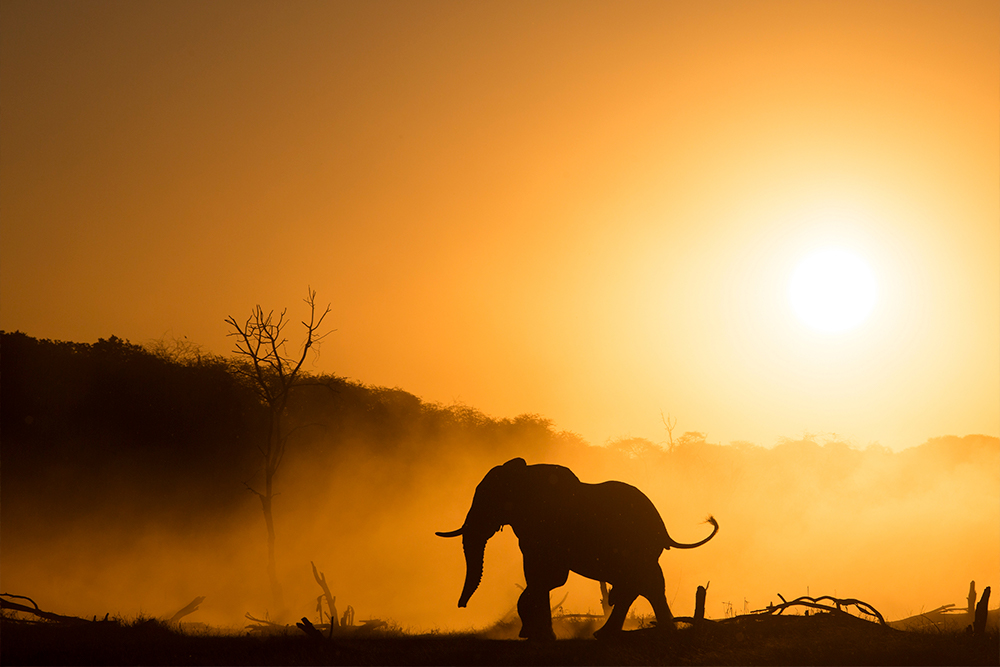 “Elephant Express” – enables communities to share a corridor with elephants along the panhandle of the Okavango Delta. 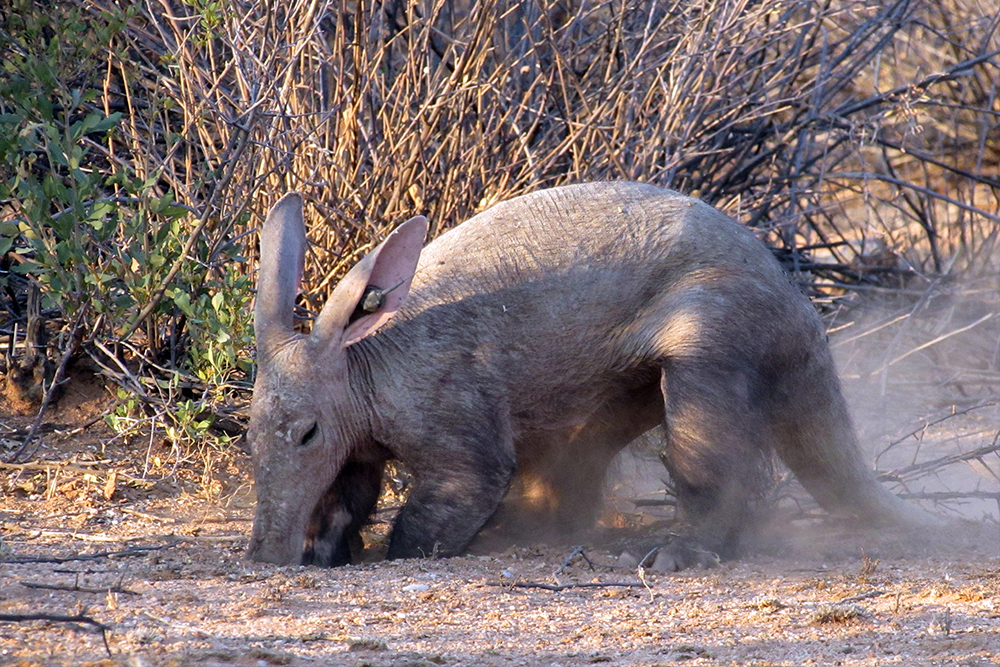 The project aims to determine how the body condition of aardvark and pangolin changes with drought and good rainfall years and the effects of drought on their activity patterns. 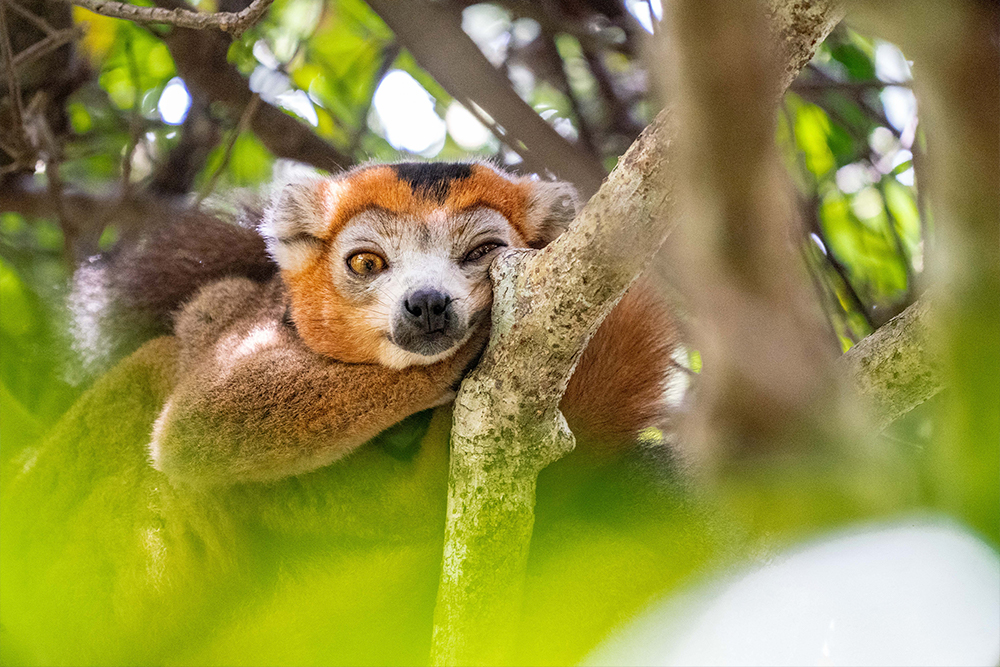 Investing in the growth of this threatened species as well as training young biologists on how to become effective conservationists to assist in the prevention of this threat in future.

OBJECTIVE
The objective of employing ladies as part of Borana Conservancy’s security team was to empower young women from various communities on the conservancy’s boundaries. This will inspire local women and girls to take part in conservation, they patrol fence lines, act as gate keepers, and monitor radio communications. These women are now proving to be the voice of communities through their conservation work. They are taught new sills and as a result have become role models for girls living in remote places.

RESULT
A month after recruitment of female rangers the project has had a positive impact. The women are galvanized and happy to be in their new positions. With female gate-keepers Borana Conservancy is sending a unifying message to local communities as well as travelers who pass through Borana’s public access roads. The women employed are seeing alleviated pressure when it comes to starting a family, allowing them to take charge of their reproductive destiny. Borana’s security team is a dynamic and active workforce which is keen to take part in conservation. 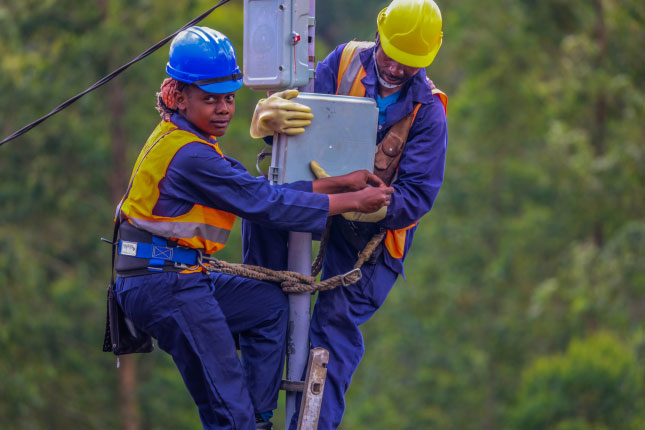 OBJECTIVE
The Virunga National Park is located at the centre of a conflict zone in eastern DRC that has cost the lives of some 5 million people over the last 20 years. The illegal exploitation of natural resources in the region has not only eroded the ability of state institutions to uphold the rule of law, contributing to instability and armed conflict but also led to a paradox whereby extreme poverty develops alongside an abundance of natural resources. In response, the park authorities launched the “Virunga Alliance”, a partnership between the national government, the private sector (e.g. Howard Buffet Foundation) and civil society institutions. The “Virunga Alliance” pursues a triple objective: (i) conservation and restoration of the park’s natural resources, (ii) poverty reduction for the neighbouring population and (iii) reducing insecurity by addressing the root causes of armed groups – unemployment. Focusing on building run of the river hydroelectric plants in the surroundings of the park to provide cheap and reliable electricity has enabled the following projects to go ahead: Revolutionary Micro loan program – a world first, where loan repayment is directly proportional to electricity consumption thus in line with the current economical reality of the loan holder. In additional we offered free business plan development training to local entrepreneurs. Sicovir – launch of the only highly industrial factory around the park, the soap factory employs over 200 people and produces 500 tons a month. We are launching a new program to support artisianal palm oil farmers to greatly increase their production “technical assistance, re plantation and processing” The illegal charcoal trade is the biggest source of revenue for armed groups and the ecological threat to the park (deforestation). We are building a bamboo processing plant to launch an ecologically friendly and cheap alternative to illegal charcoal.

RESULT
Revolutionary Micro loan Program – over 70 companies and 100s of households have already benefited from this program. Sicovir – 20 to 500 tons per month of soap; employment of 200 people, high quality and cheap soap for the local population. Charcoal – this pilot plant will produce over 250 tons of eco charcoal a year. 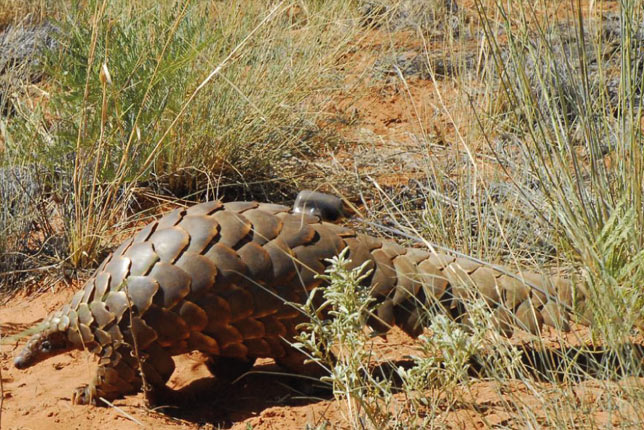 OBJECTIVE
The Pangolin has recently received attention in the media where it was identified as the most trafficked wild animal on earth. All species are threatened by illegal trade. The CITES convention last year banned pangolin trade but the illegal trade persists and is escalating. Tragically, little is known about this rare animal. Tswalu is a large conservation project in the Kalahari. We have recognised the importance of answering some of the questions about the ground pangolin and the factors limiting their survival. For the past two years we have funded collaborative research into the ecology of the pangolin and potential threats of climate change to their survival. One of the threats is accidental mortalities on electrified fences. Tswalu has redesigned its perimeter fence (over 200km long) and has initiated and funded a competition for aspiring electrical engineers to design and develop an electric fence design which is pangolin friendly

RESULT
Tswalu’s pangolin research efforts have revealed extensive movements and never before described behaviours. This research contributes to a greater understanding of the biology and habitat requirements of the ground pangolin and improved understanding of the factors that limit pangolin populations globally. Research into pangolin friendly fence designs will result in significant reductions in accidental pangolin mortalities across the country. The research has highlighted the need for extensive areas where the pangolins receive absolute protection and are secure from all human threats. The project has allowed numerous international guests to view Tswalu’s pangolins and so increase awareness of their plight. 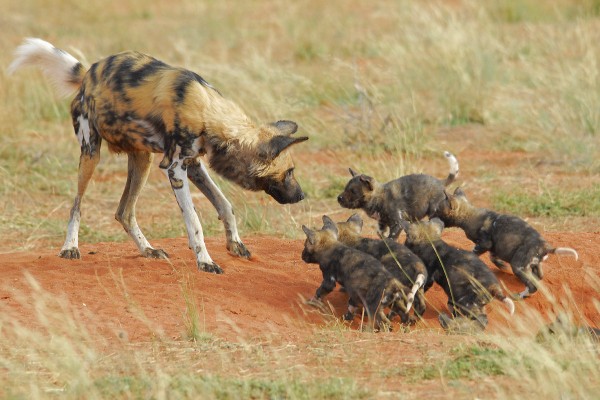 The Tswalu Kalahari Reserve exists primarily as a conservation project which seeks to restore denuded farmland in the Northern Cape’s Kalahari savannah eco-system. Over the past 20 years Tswalu has continuously expanded their conservation programme and continues to acquire key properties that have been identified as significant contributors to biodiversity and water catchment conservation in the Korannaberg Mountains and surrounding arid grasslands. Tswalu now covers an area of over 110 000 square kilometres. Tswalu has recognised the importance of its geographic location specifically with regards to climate change research. As a result, a number of research projects are being supported which seek to understand the impact that the predicted increasing temperatures will have on biodiversity and species conservation. Tswalu seeks to provide an environment where natural ecosystem processes function. To this end, Tswalu provides safe haven for the recovery of persecuted predators (such as leopard and cheetah) and in addition has reintroduced predators which were historically exterminated in the region (including wild dogs in June 2013, and lion). The role that these predators play in maintaining ecosystem processes is also the subject of on-going academic research on Tswalu. By virtue of its size alone, Tswalu has become an important contributor to species conservation and is now recognised as a valuable reservoir of genetic diversity and as an important research site for understanding the conservation management of endangered species. 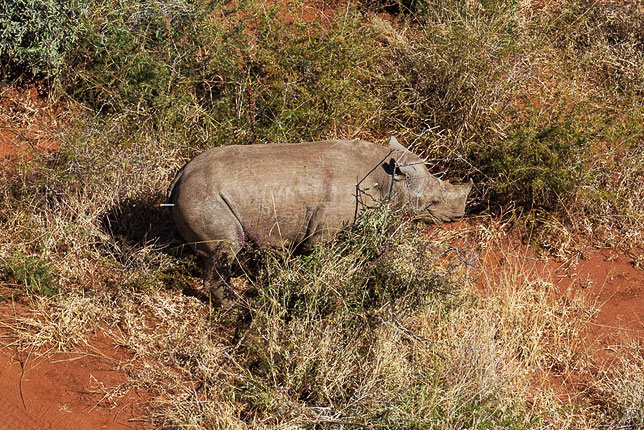 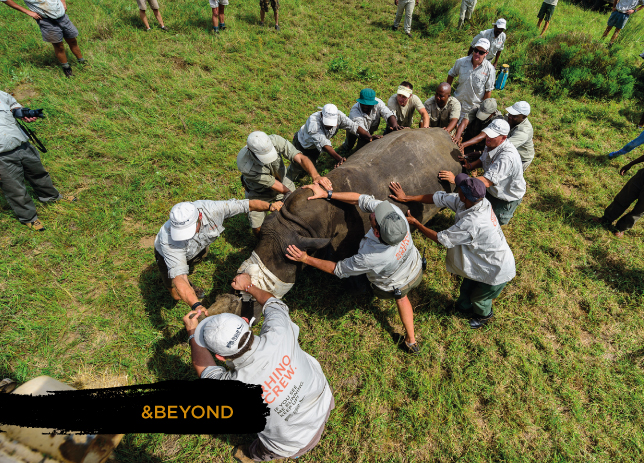