Experience Africa - We Are Africa

IMAGINATIVE ITINERARIES THAT SURPRISE, AMAZE AND CHALLENGE TRADITIONAL EXPECTATIONS OF AFRICAN TRAVEL: SHOW US HOW YOU ARE IMMERSING TRAVELLERS IN UNIQUE AND AUTHENTIC EXPERIENCES 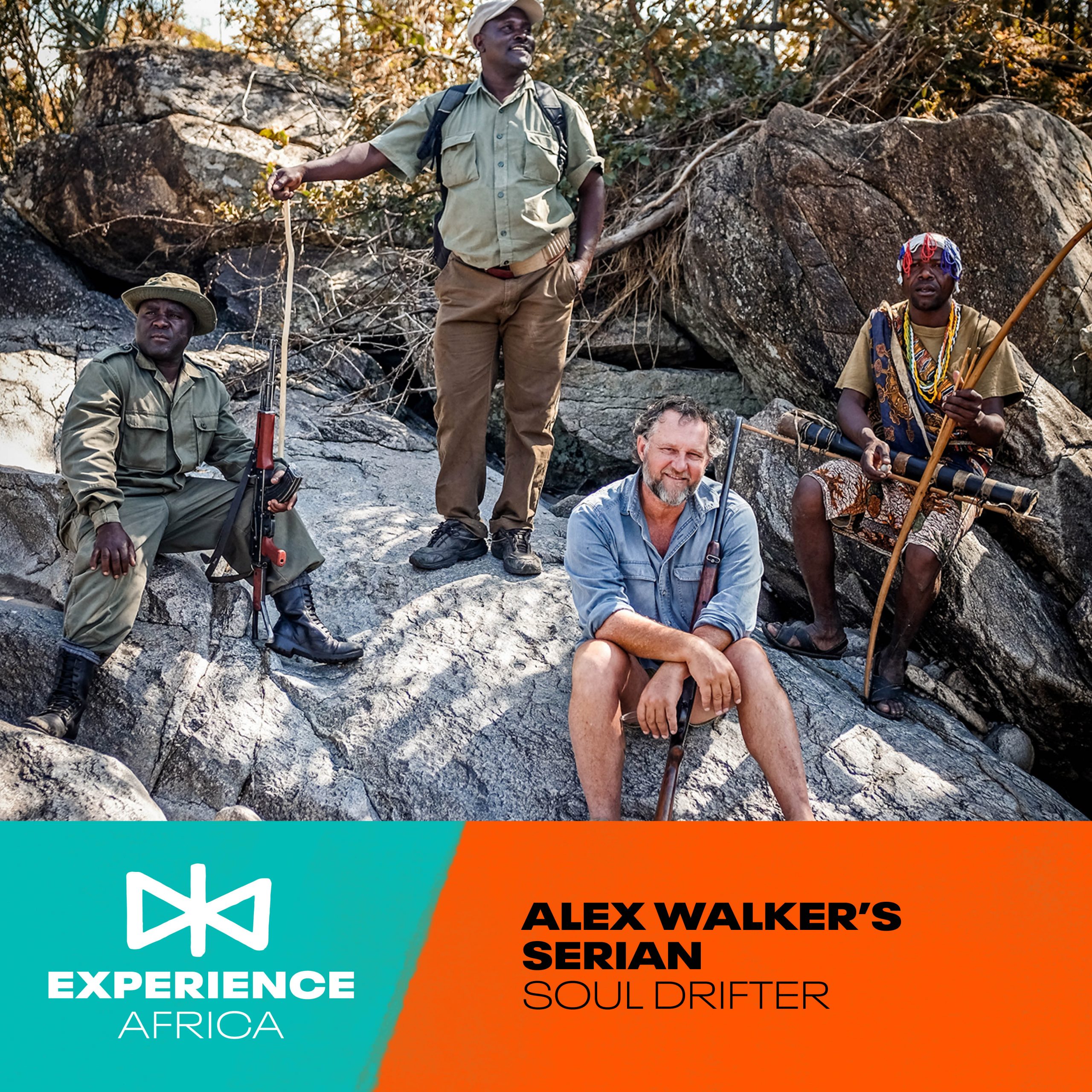 Find out more about the Experience Africa SHORTLIST HERE 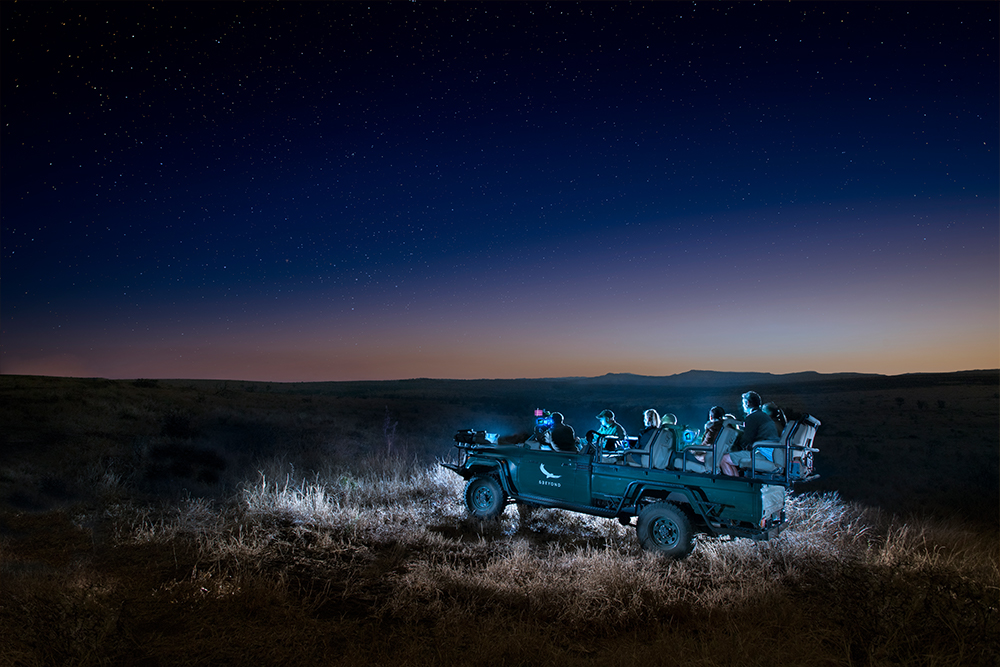 The Night Eye Experience at andBeyond Phinda Private Game Reserve uses state-of-the-art technology to enhance night drives through the use of high-definition infra-red cameras. This allows guest to virtually see in the dark… 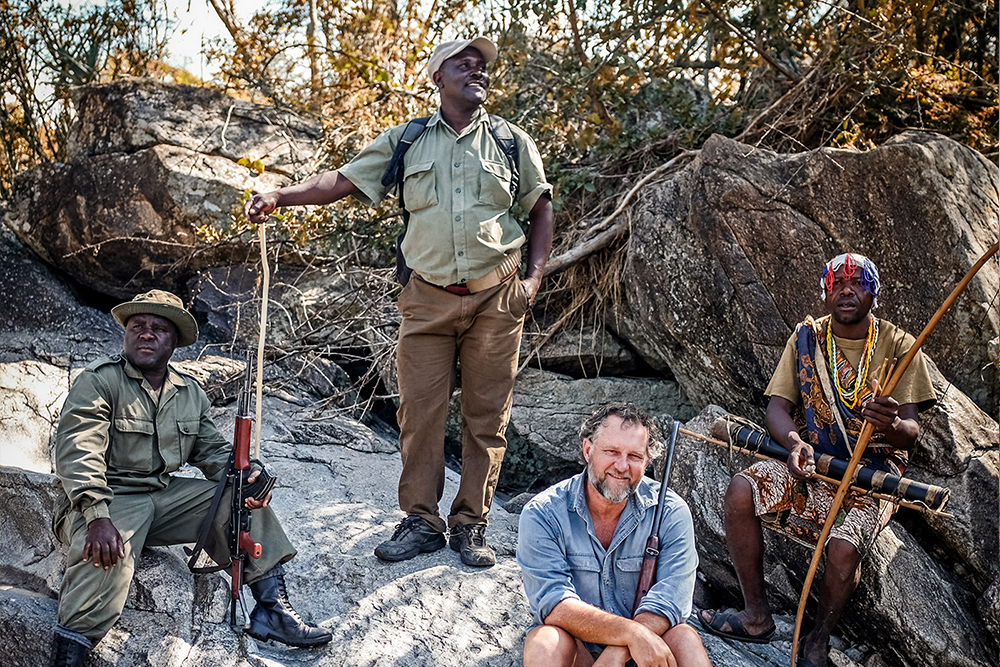 Soul Drifter…A walking safari in the remote vastness of the Serengeti. On foot, you engage the essence of your being, senses sharpening to the immediacy of the wilderness. 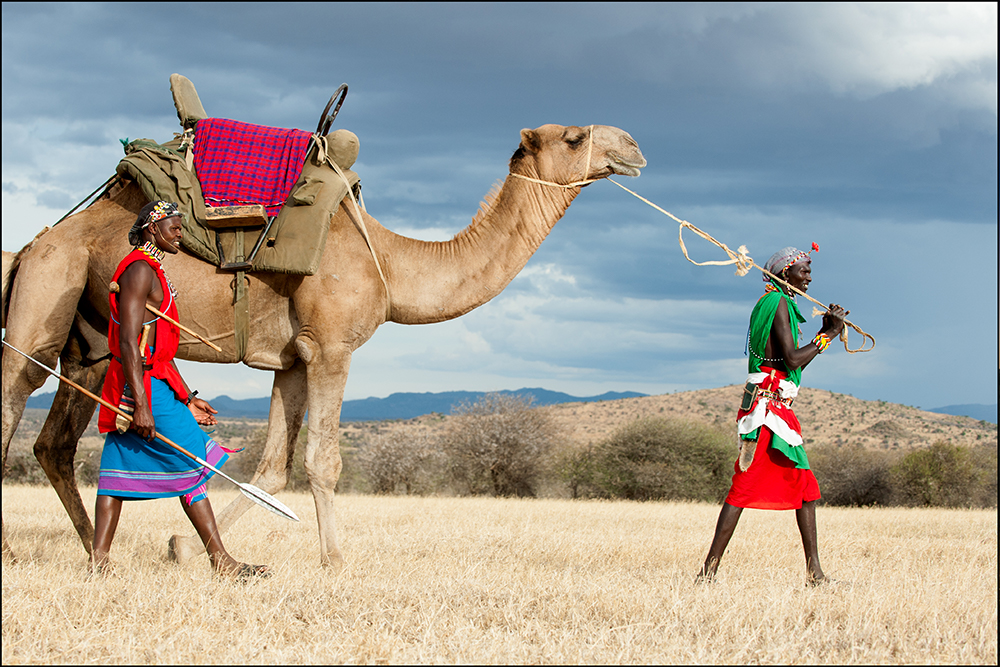 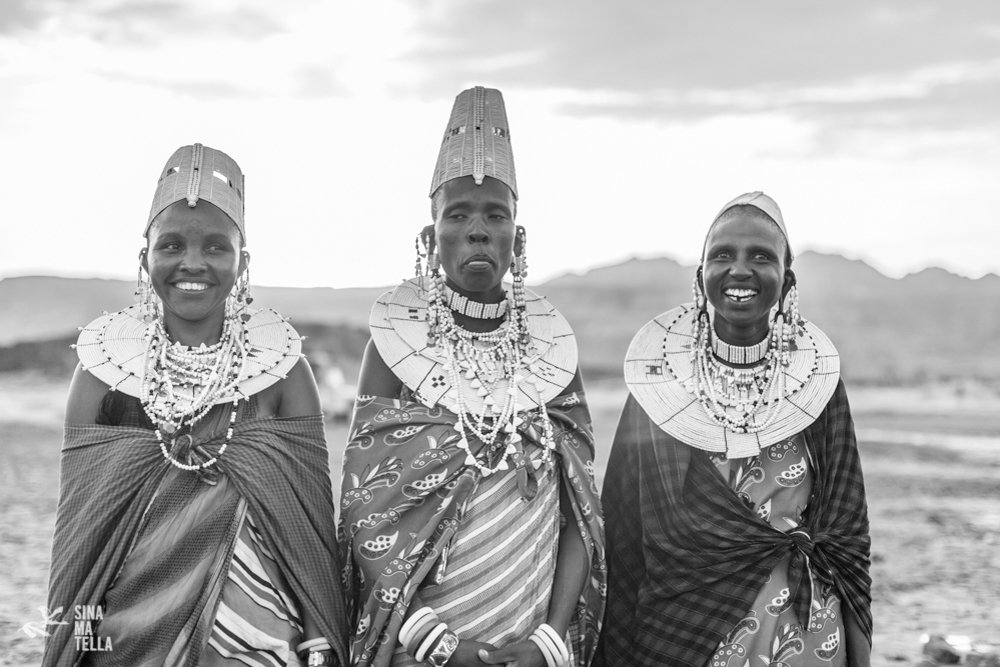 Our objective for Natron 100 was to help raise awareness of the special Lake Natron and to bring money and employment into the local community. 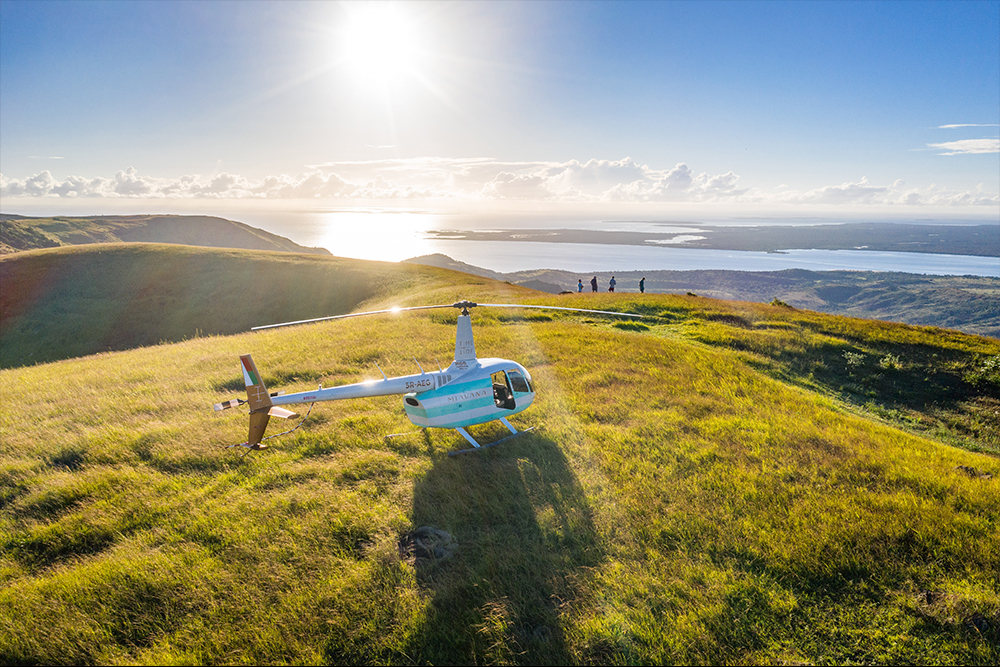 “Impossible is nothing” experiences

Our private island TIME+TIDE Miavana is the ultimate barefoot luxury experience where we like to imagine anything is possible. Time, space, exclusivity and ungoogleable opportunities… 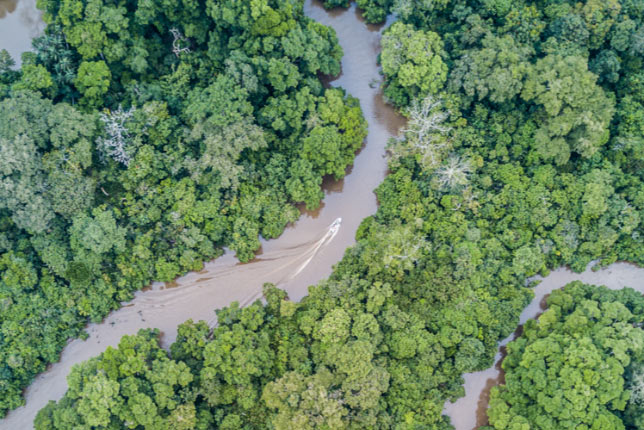 Odzala Discovery Camps has been operating camps in the Congo Basin since 2012 and in 2019, Congo Conservation Company (CCC) launched the first journeys connecting Odzala-Kokoua National Park in Republic of the Congo by creating a new access route to the Dzanga-Sangha Special Reserve in Central African Republic for new 10 and 11-night Discoveries. CCC is the only company connecting these two unique locations, soon to be three, so as to open the Congo Basin for tourism. Through innovative itineraries, CCC is opening part of the widely heralded Mike Fey MegaTransect as published by National Geographic in 2000 which, at the time, was considered the most exciting travel in Africa. The objective has been to provide an opportunity for travellers keen on primal discovery, to visit these remote regions with more ease than ever before and, in turn, guests support conservation efforts through the creation of viable tourism ventures. Today, Odzala Discovery Camps – Ngaga Camp, Lango Camp and Mboko Camp – are gaining fast traction with eco-tourists who visit to experience one of the world’s last intact ecosystems, a haven for western lowland gorillas, forest elephant, bongo and many more species. 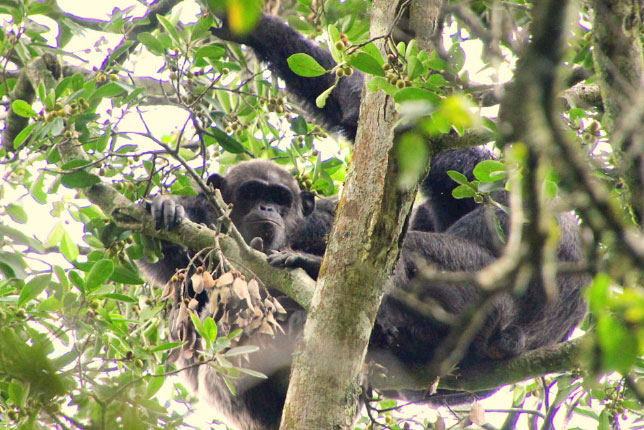 The Rubondo Island Chimpanzee Habituation Experience is a rare opportunity for guests to join a habituation team as they accustom chimpanzees to the presence of humans, gaining a unique first-hand experience of conservation tourism. But Rubondo is no ordinary island, and these are no ordinary chimpanzees. Declared a sanctuary for wildlife in the 1960s, German zoologist Bernhard Grzimek relocated elephant, giraffe and chimpanzees to the island. He rescued 16 chimpanzees from European circuses and brought them to Rubondo where they quickly adapted back to life in the wild. Asilia’s three-night habituation experience begins with a night at Rubondo Island Camp. The next day guests join the chimpanzee habituation team. En-route to the chimps, Rubondo’s forest is full of life – sitatunga, bushbuck and elephant, over 40 species of orchid and a colourful array of butterflies – some call this Jurassic Park without the dinosaurs! Chimpanzees share 98% of DNA with humans and an encounter with our closest relatives is both exhilarating and humbling. At Rubondo guests can be part of the team that is habituating our closest relatives so sightings are not guaranteed – but to be involved in this process is a rare opportunity to be part of conservation in action. After a day with the chimp habituation team, tracking the chimpanzees but also learning about the habituation techniques and research, guests spend the night sleeping out in a “fly camp”. Listen to the sounds of the jungle as you drift off to sleep after a day in the forest. 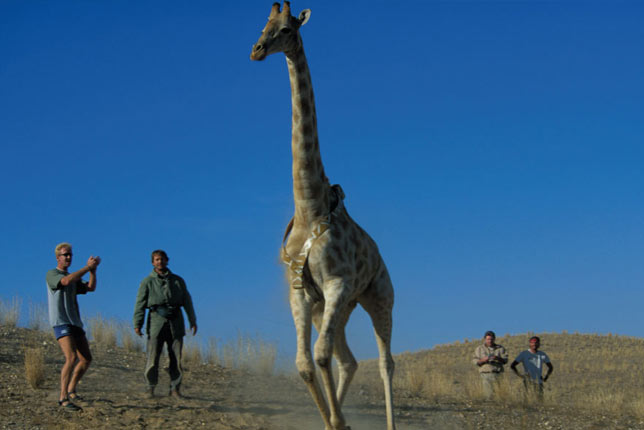 Giraffe numbers have plummeted from 140,000 in the late 1990s to less than 80,000 today. In the past 30 years, giraffe have become extinct in at least 7 African countries. This dramatic loss has gone largely unnoticed – a silent extinction. The main threats are habitat loss, habitat fragmentation, disease and, increasingly, illegal hunting/poaching. At the crux of all this is human population growth in Africa and the demand for land. This GIRAFFE CONSERVATION – ‘Saving Africa’s giraffe from the silent extinction’ focussed safari affords guest the opportunity to spend time with Dr Julian Fennessey of the Giraffe Conservation Foundation (GCF) in Namibia’s remote North West. Julian is considered Africa’s authority on giraffe and giraffe conservation, and orchestrates the perfect themed safari, ranging from giraffe ecology and conservation to misconceptions regarding these highly threatened animals. The highlight of the safari is spending time in field with Julian, giraffe conservationists and vets, whilst partaking in a complex giraffe collaring operation, which is necessary for research and monitoring. Giraffe are immobilized and fitted with radio collars, guests forming an integral part of the ground team during this operation. This safari also focuses on a number of other conservation projects, including the AfriCat Foundation and Save the Rhino Trust. Hugely pertinent to conservation in Africa at the moment, this safari promises to engage, educate and encourage guest participation in becoming part of the solution, whilst raising ZAR 250,000.00 per departure for the GCF. A life enriching experience and more than likely an once-in-a-lifetime opportunity. 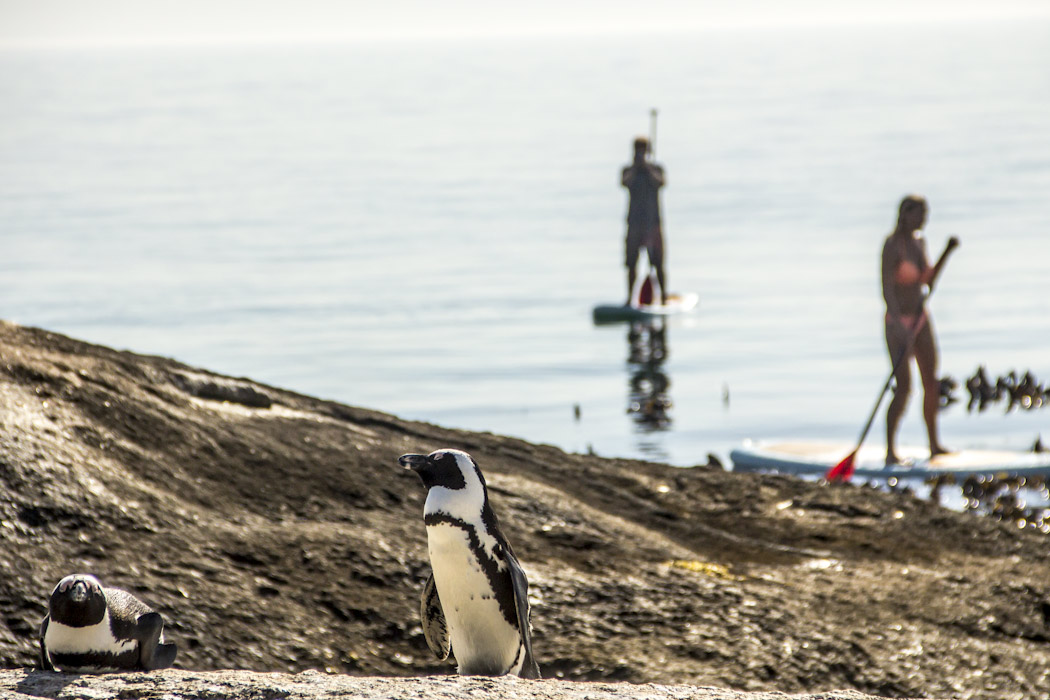 ESCAPE+EXPLORE – SEE THE CAPE FROM A NEW PERSPECTIVE

See the Cape from a new perspective: Why spectate when you can participate? With Escape+Explore’s dynamic Private Cape Adventures, Cape Town’s splendour offers a wealth of experiences for tourists and trailblazers alike. What makes us different? Imagine being whisked off in your private Adventure Utility Vehicle (AUV) fully kitted out with everything you need for a full day of explorations. Equipment is supplied, with gourmet pantry and full refreshment bar on board giving freedom to roam. Families love our mini-adventure equipment, toy box and travelling nanny. Specialist guides include game rangers from Africa’s top game lodges, sport champions, and pioneering expedition leaders – all have superb knowledge in their fields. We’ll take you Stand-up Paddling at the southernmost point of Africa, surfing off the Peninsula’s secret beaches; cycling through Constantia Valley’s historic wine farms; and hiking on Table Mountain. Local knowledge, your enthusiasm and the weather conditions on the day shape the endless possibilities to create your very own Cape adventure. Our mission is to experience the Cape’s beauty just the way you want to. Become enveloped in this natural kingdom, feed your soul and pump your adrenaline levels sky-high. Why watch the Atlantic Ocean when you can immerse yourself completely and snorkel, surf or SUP? And why stare upwards from the foot of our mountains when you could hike or mountain bike to the top of the world? See Cape Town from a local’s perspective – far from the usual tourist routes. It’s a feeling that will stay with you forever. 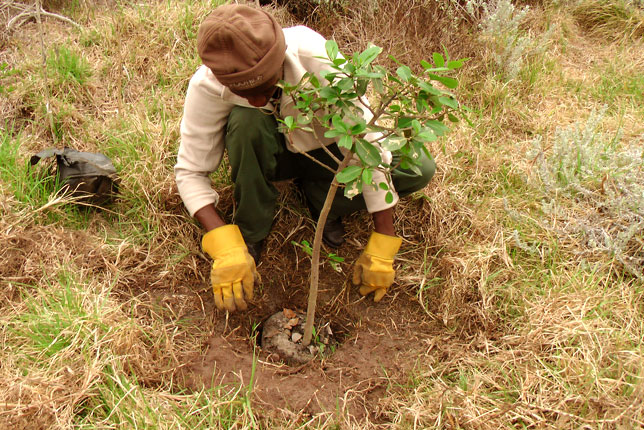 Grootbos is passionate that guests experience an authentic, indigenous visit. It co-founded the Walker Bay Fynbos Conservancy, which is home to 765 fynbos species. Its mission is to conserve and rehabilitate the fynbos kingdom and promote the human potential of the region. From rides on horseback through the sweeping fynbos plains to exploring the ancient milkwood forests or whale watching, your experience is authentic of Grootbos and our region. The commitment to the community and culture of Walker Bay was formalised in 2003 with the establishment of the Grootbos Foundation. Environmental and social development programmes are strategically and aesthetically incorporated in the Grootbos experience, enjoyed first-hand by each visitor: 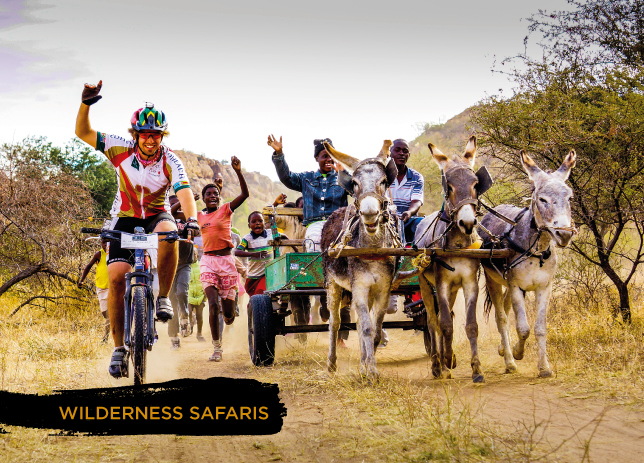 Got it
kệ trung tải