Recognising those individuals whose tireless passion and dedication to changing perceptions of the continent have shaped Africa’s future for the better. 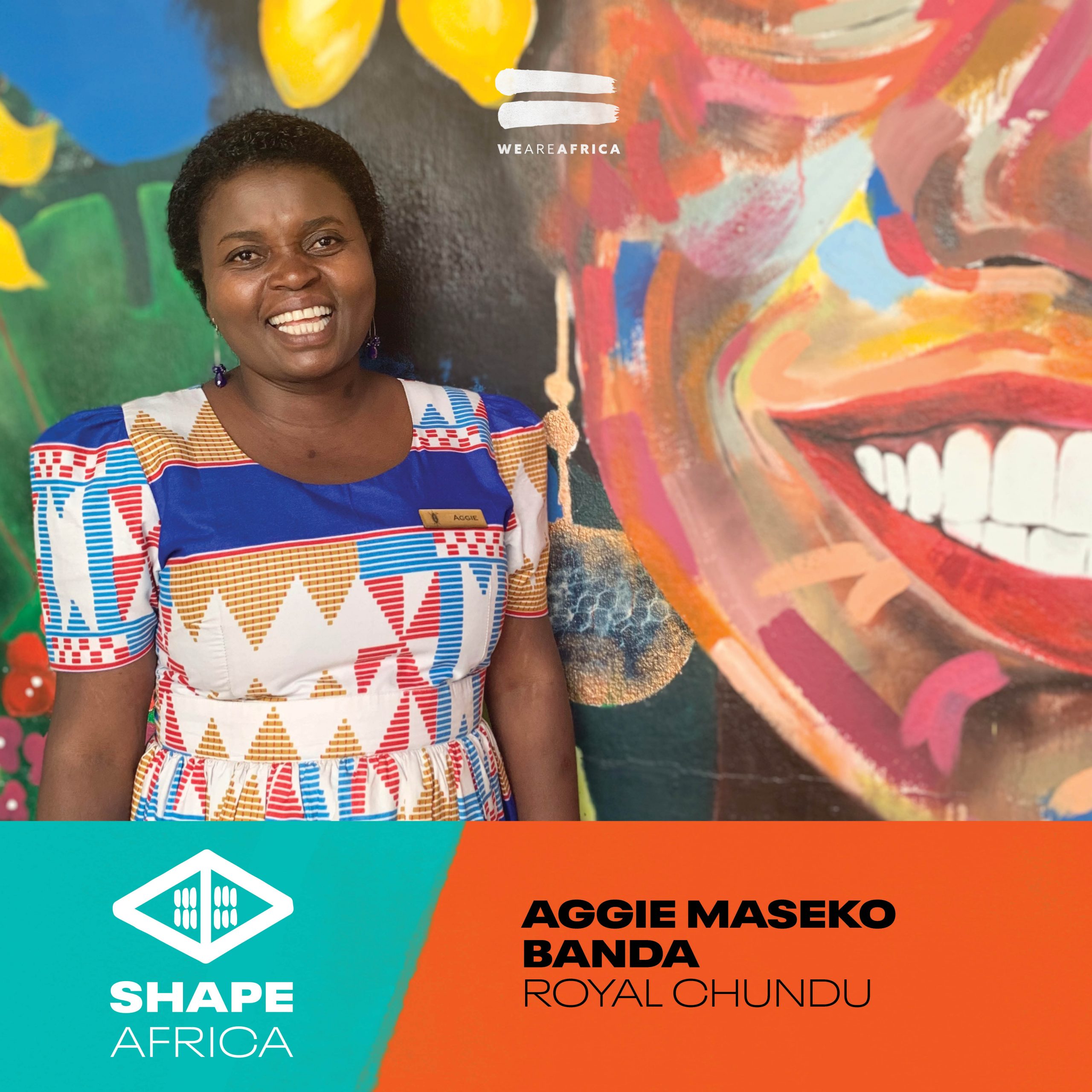 Find out more about the Shape Africa SHORTLIST HERE 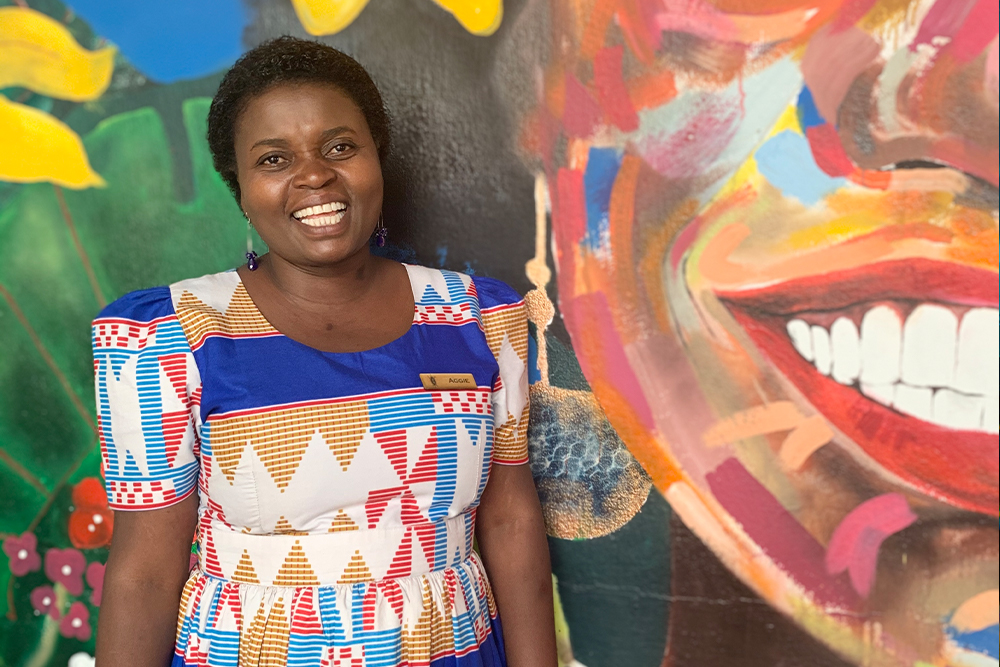 Since June 2012, Aggie has helped to craft the most authentic Zambian experience possible, uniting and empowering local people through different initiatives and catapulting the unique character of Zambia across the waters, with her understanding of Zambian culture and pride as a Zambian woman. Aggie runs the lodge and boosts the team with such high standards that the lodge maintains its Relais & Châteaux status and numerous awards, letting this model of Zambian hospitality be showcased worldwide. 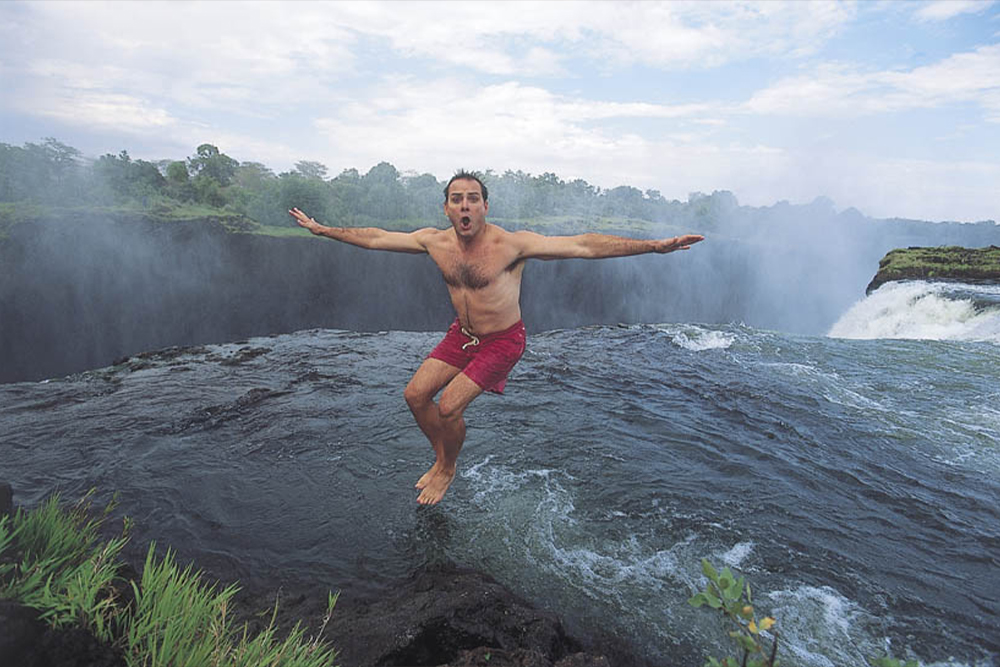 Thirty years ago this June, Ben and his partner William Ruck Keene opened Tongabezi and Sindabezi Island along the banks of the Zambezi as tents and bucket showers. In 2018 Tongabezi was named one of Conde Nast’s Top 20 Hotels in the World. Ben and Will also created the Livingstone Island and Devil’s Pool Tour experiences on the edge of Victoria Falls, this changing the face of one of the Seven Natural Wonders of the World forever. 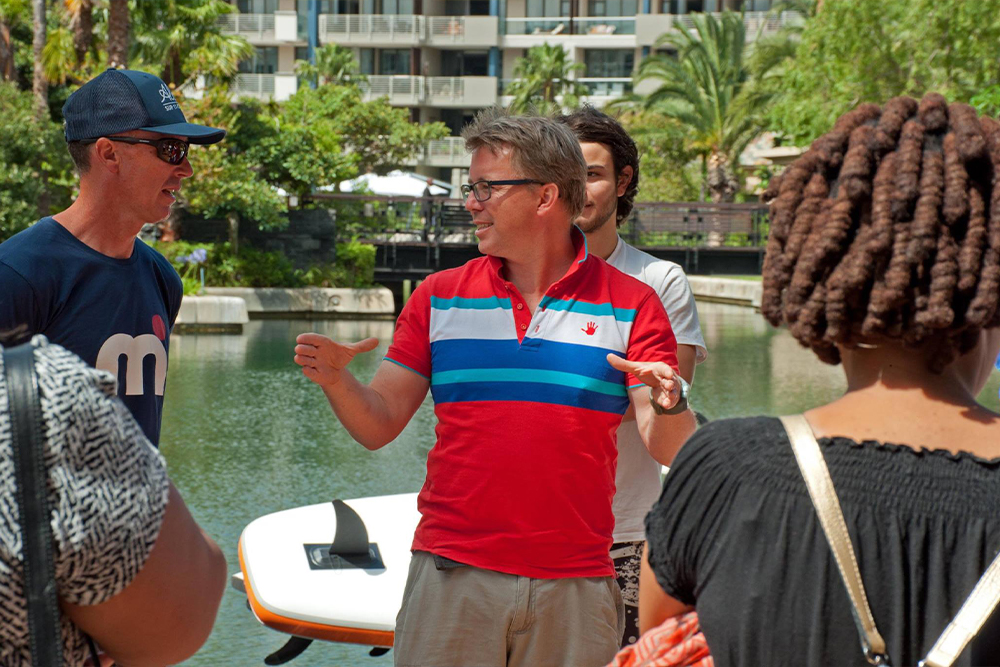 Launching Escape+Explore in 2014 Ingram set out with the lofty ambition of ‘transforming travel in Africa beyond its wildlife’. This is still the challenge set to each new member joining his team. In 2016 Escape+Explore became the first non-wildlife experience to win Most Innovative Experience in Africa. Ingram’s ambition has seen a whole new genre of adventure & cultural story tellers enter the African guiding scene. As well as leading the way in taking adventure style tourism to a much wider high-end audience than originally thought possible. 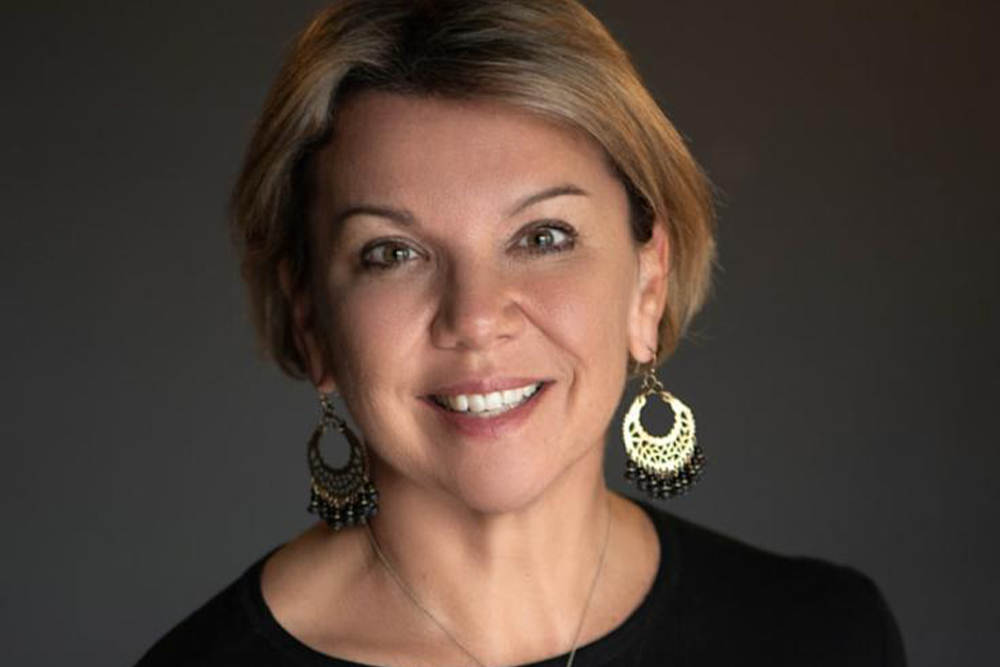 For over 21 years Suzanne has owned Classic Portfolio and dedicated her time, passion and energy to purpose driven tourism in Africa. Founded on her desire to explore Africa’s wildest places in support of conservation and communities, Classic Portfolio is now widely recognised as the leading independent portfolio of visionary owners with authentic hotels, lodges and camps, committed to conservation, community and commercial sustainability while offering trusted experiences for discerning travellers. 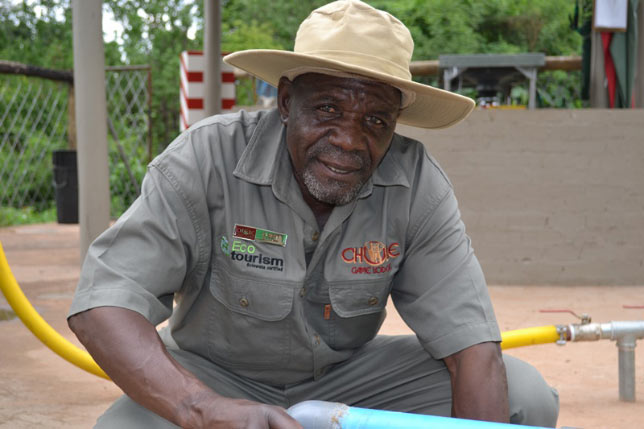 Albert Ndereki is one of the longest serving individuals in Botswana’s tourism industry – well over 40 years! He’s dedicated his life to tourism in Africa. As a young man he was part of the construction crew building the iconic Chobe Game Lodge in 1971. Putting high-end luxury tourism on the Botswana map for the very first time.
Today, Albert is widely acknowledged with the locals as the encyclopedia of Ecotourism. He manages all elements of the lodge’s award-winning ecotourism facilities from the industry’s first Bio Gas plant in Botswana to the waste management systems on site that crush cans and turn glass bottles to building bricks.
Albert has led guests on ‘back of house eco-tours’ since the lodge was amongst the first properties to be fully Botswana eco certified in 2012. He takes immense pride in not just demonstrating the innovative technology like the first solar powered safari boats, but the lessons we’ve learnt in adapting the way we operate.
Albert’s passion has a lasting effect on people. His talks share the history of how far Botswana has come since he first started.
Not just guests, but through his numerous presentations & collaborations with local NGO’s and community outreach programs where he speaks about ecotourism and managing our resources.
Albert dedicated his life to mentoring youngsters from the local community to be hard-working and responsible individuals.
This year Albert moves into semi-retirement and we want to recognise a proud man with a legacy to all in tourism. 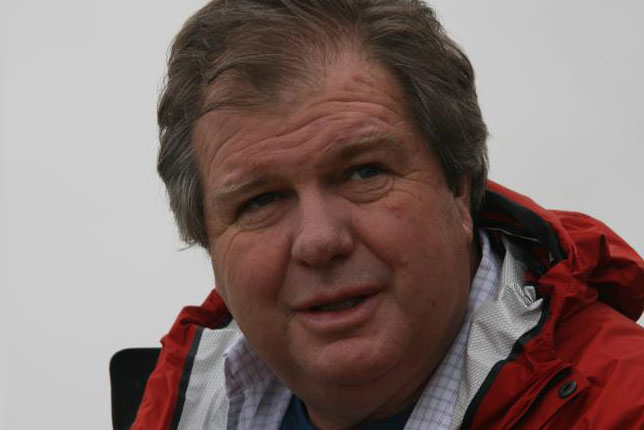 Steve Fitzgerald broke the industry mould by always putting those who worked with him first. It was never about the stuff – only ever about the staff. Aged 27 he took early retirement from being a chartered accountant because he wanted to work in a business side by side with his team, making differences to their lives and those of his customers and community members. In 1983 he opened his first hotel in a fishing village from where all the staff came. They had never looked after guests before where their opinion was not only sought but respected, and where they were fully empowered to make any decision, without seeking advice or permission, as long as it was made in the best interest of the company. Steve never wavered from his North Star of staff first and instilled it deeply in the DNA of every hotel, restaurant and safari lodge he opened – 60 in all, on two continents, across 7 countries with a staff of 2500. His team trusted and respected him because they knew they were trusted and respected in return. He loved nothing more than sitting under a tree sharing ideas with the people he so loved working with. He knew that happy staff meant happy guests, happy guests meant sound business, and sound business meant making sustainable differences to this lovely continent. Please read Angama Mara’s Blog written by Steve about those with whom he worked spanning his 35 year career in this industry. 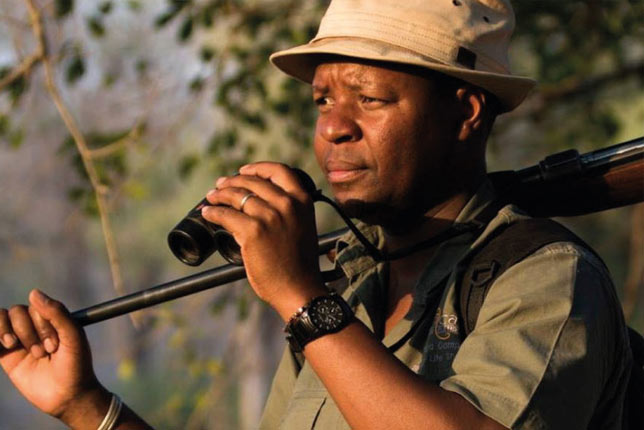 Beks Ndlovu qualified as a professional guide in 1999 and spent some time learning the industry before his roots called him home to Hwange National Park. In 2006, he opened Somalisa Camp, the first in a unique portfolio of camps. Beks built this company in Zimbabwe through years of political and economic instability, as well as expanding the African Bush Camps portfolio across borders, into Botswana and Zambia. Beks, who has been involved in the industry since the age of 18, has been recognised by key publications such as Condé Nast as one of Africa’s Best Guides. He created African Bush Camps to celebrate guides and to inspire young tourism professionals, to show them that tourism is not a closed industry for a privileged few, but one that any young African can break into. Beks also formed the African Bush Camps Foundation and is a founding member of the Conservation and Wildlife Fund. The Foundation runs community orientated projects that focus on sustainable tourism development through education, conservation, resource management and community empowerment. The CWF is a group of conservationists and stake holders of Hwange National Park who work together with local communities to raise awareness and provide tools to manage wildlife resources. In 10 years Beks has become not only a tour operator but a social entrepreneur. He is proving to be one of the most enterprising and inspiring players in the Tourism Industry today, one who continues to promote and influence travel to Africa on a global scale. 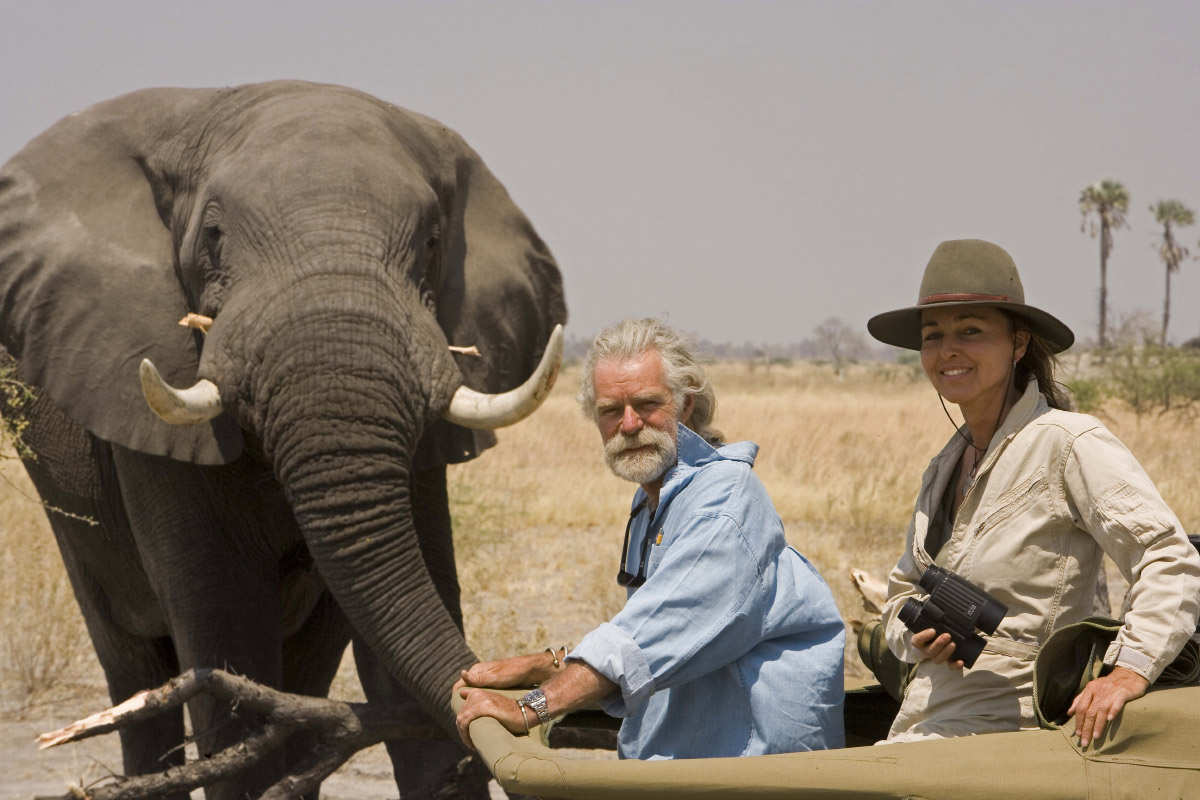 Dereck and Beverly Joubert, award-winning filmmakers, conservationists and National Geographic Explorers-In-Residence, have been filming, researching and exploring Africa for over 30 years. They have created over 25 films for National Geographic, focusing on Africa’s wildlife with strong conservation messages at their core. In addition they have 11 published books, articles and scientific papers. They have received international recognition for their films and conservation work. These include 8 Emmys, a Peabody, Wildscreen Panda & Outstanding Achievement Award and Lifetime Achievement Award, a World Ecology Award and in 2009 were inducted into the American Academy of Achievement. One of their most valued accolades was receiving the Presidential Order of Meritorious Service from the President of Botswana in 2011. In recent years they have expanded their conservation outreach through Great Plains Conservation. Dereck is CEO and together with their business partners, under the banner of “Conservation Tourism”, strives to secure African landscapes of a scale large enough to protect its resident and seasonal wildlife. Through Great Plains Conservation and the Great Plains Foundation, they travel around the world speaking to worldwide audiences on conservation and are actively involved in a host of innovative initiatives to save Africa’s wildlife and uplift, educate and care for the surrounding communities, including • The Big Cats Initiative with National Geographic • Big Cats Caring for Communities • Predator Work and Compensation project – Kenya • Land for Lions – Botswana • Ride for Lions – Kenya • Maasai Olympics – Kenya • Rhinos Without Borders – Botswana 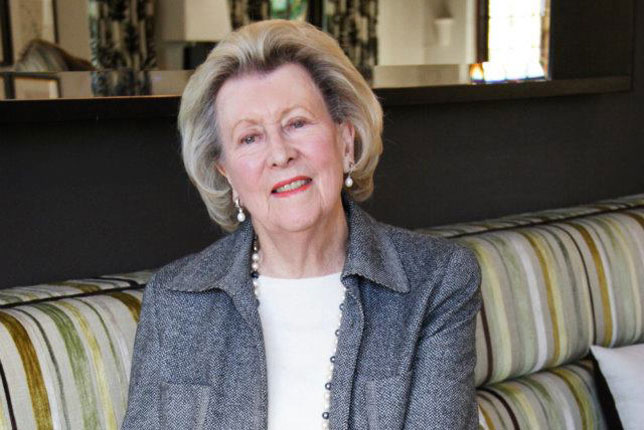 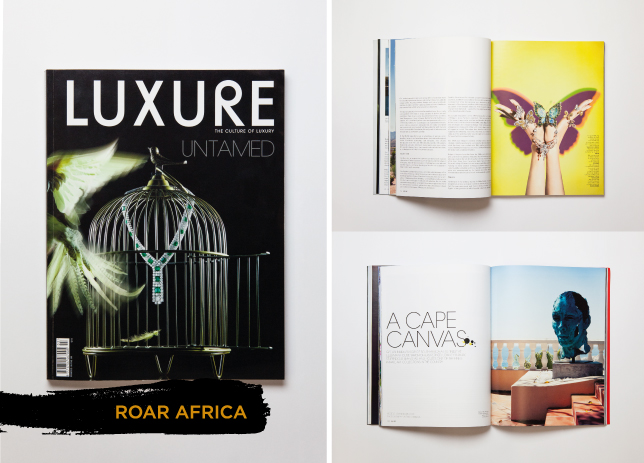