THE EMOTIONAL POWER OF RHINO NOTCHING - We Are Africa

THE EMOTIONAL POWER OF RHINO NOTCHING

Charity is so often something we are physically removed from. We write a check or send a donation in the hope that our money wings its way to the people or animals that are most in need. However, andBeyond and Great Plains Conservation’s new rhino notching project (under the banner of Rhinos Without Borders) is an entirely new experience of giving, in that it allows guests to do something truly worthwhile while having an extraordinary life experience – as well as being a wonderful example of putting business competition aside to achieve conservation success.

Rhino notching, or tagging, has been around for decades; but as a response to the devastating increase in poaching around Africa, conservationists are having to monitor the animals extremely closely. This is because rhinos are being hunted all over the continent for their horn, which is made of keratin, the same substance as hair and fingernails. It has been used in traditional Asian medicine for centuries to treat fevers, despite having no real medicinal value. It’s also increasing at an alarming rate. In 2001, only one rhino was killed in South Africa; in 2006 this had increased to just 10. In 2015, 1,175 out of a total of 22,000 rhino were slaughtered.

This carnage is why conservationists are now doing their best to tag every living rhino, particularly in South Africa, where 80% of the world’s rhino are killed. The process involves the reasonably expensive task of darting rhinos, then weighing and examining them, tagging their ears and taking DNA samples of their horns.“This is an incredibly important process,” says Les Carlisle, the head of conservation at andBeyond. “Not only does it allow us to monitor exactly how many rhino are alive in any given game reserve, it also gives us their all-important DNA. Which means that if criminals are caught trying to export illegal rhino horn, we can use this DNA to prove they must have poached an animal to get it, which ensures prosecution.”

As well as being an integral part of the anti-poaching world, rhino notching is also an extraordinary experience for guests. Visitors to andBeyond’s beautiful property in Phinda Game Reserve in northern Zululand, South Africa, can now have a once-in-a-lifetime chance to get up close and personal with one of Africa’s most endangered creatures. The day begins by meeting the guide, the vet and pilot, and clambering into a helicopter to go out and find some rhino from above. “In the past, we looked for any animals we could find,” says Carlisle. “But we have been so efficient that these days most of the older animals have already been tagged, so we are usually looking for specific calves of about two or three years old.” 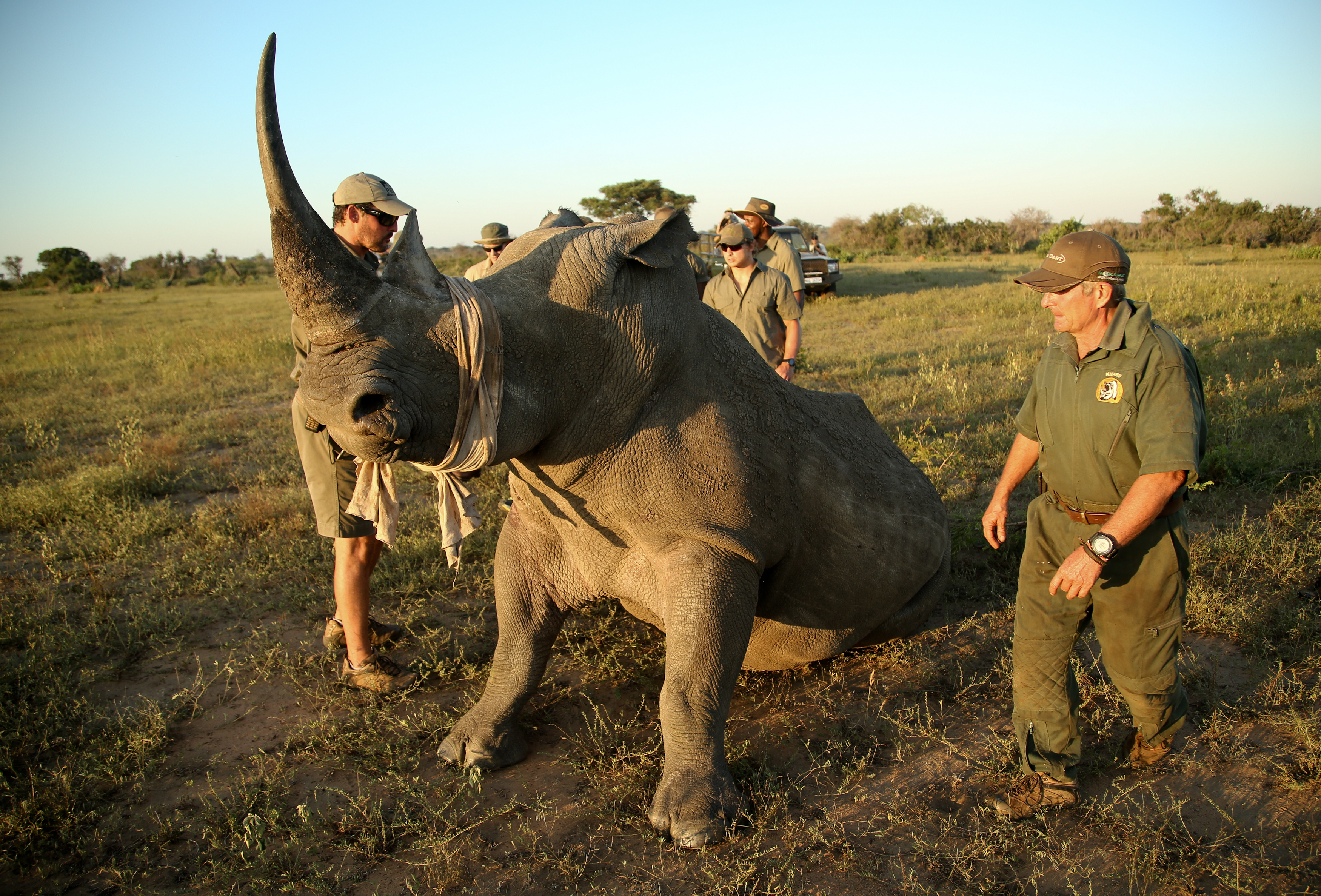 Once the calf has been identified, the mother has to be chased off to another section of the bush, and the young animal is tranquilised from the air. The helicopter lands and the vet will examine the calf to see how healthy it is, tag it, and take a DNA sample of the horn. “This is the moment guests tend to find extraordinary,” says Carlisle. “Because they get to feel the animal’s skin, touch its horn and really see what it is all about. It is totally different to viewing it from a jeep. They laugh, they cry, and they are totally overawed by it all.” 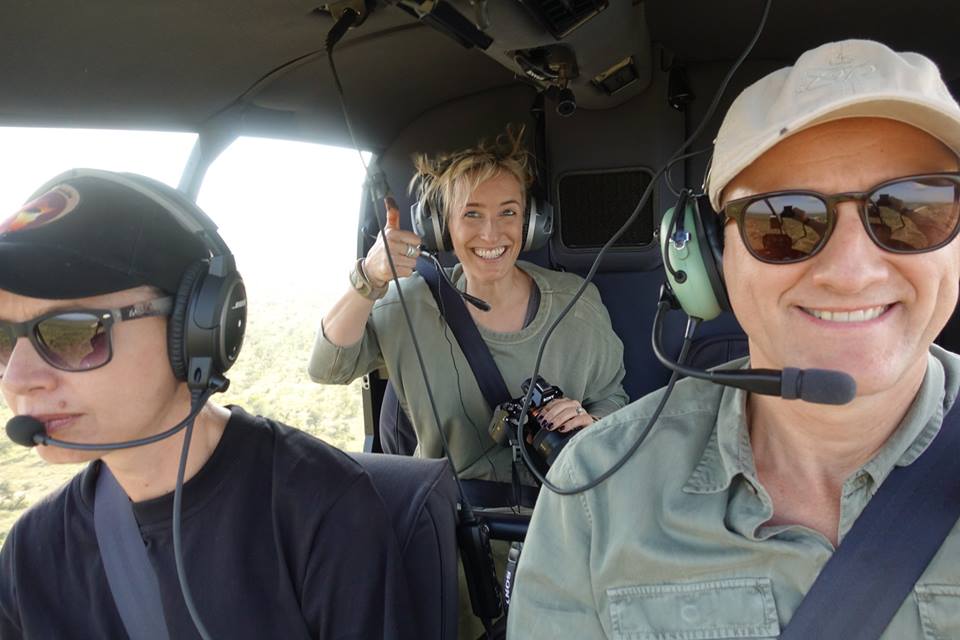 Interestingly, despite the fact that guests need to pay a significant amount for the experience, many of them end up donating far more money to anti-poaching charities after witnessing a rhino notching in the game reserve. “Every time I have taken guests out, they have been so moved by the experience, they have found a way to donate whatever they can, or however much they can afford. I think seeing the animals up close like that really illustrates how devastating this terrible rise in poaching is and how we need to do all we can to stop it,” finishes Carlisle.