Stefano Cheli of Cheli & Peacock Safaris sings opera… Who knew? As CEO and Founder Serge Dive said in his closing address at the Conservation Lab un-conference last night, during which Cheli took to the stage to serenade the audience, we’re sometimes guilty of underestimating the talent that’s around us. And boy, was Sunday a lesson in just that. 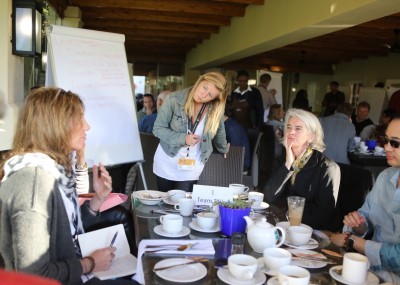 The day began bright and early with a 7.30am networking breakfast, where the six TEAMWORK teams established the day before got back to work on devising a strategy to spend a theoretical $50,000,000 pledged to conservation. Why? Because conservation without action is just conversation – we took away the burden of raising funds in order to allow our teams to think more creatively about the different routes conservation can take. 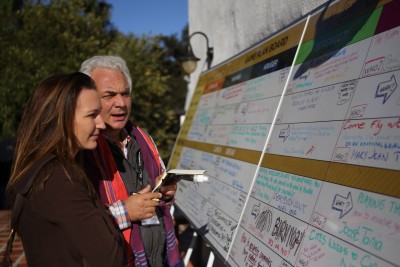 At 9am it was time for the GAMEPLAN sessions, spontaneously planned and pitched on stage in 30 seconds the day before, to begin. Gathering on beanbags and camp chairs under tents named after some of the continent’s most impressive national parks – Kruger, Okavango, Serengeti, Gorongosa and Virunga – it was up to players to vote with their feet, choosing a discussion to engage in based on the snappy titles scrawled on the whiteboard timetable by session leaders. 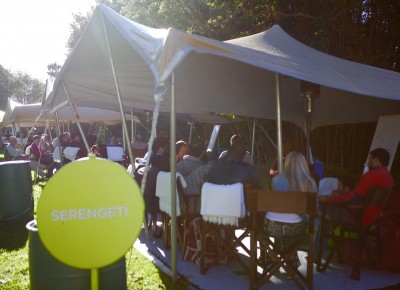 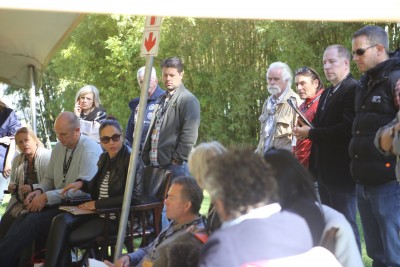 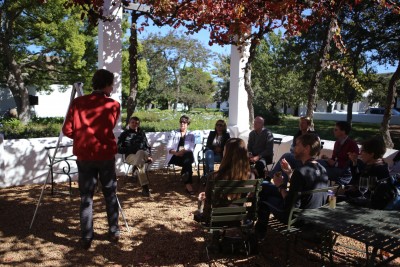 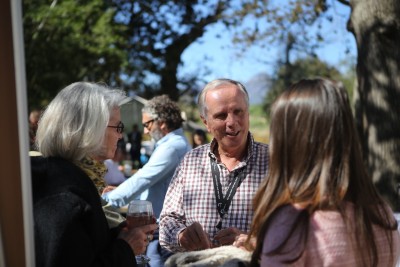 But unlike your average conference, at the Conservation Lab the onus wasn’t on just one speaker to inform and entertain their audience. Instead, session leaders acted as moderators for a collaborative crowd, who all had something to contribute and learn from the topic in hand. With subjects ranging from the topical Kenya ivory burn and methods for engaging communities in conservation, through to harnessing the power of celebrity for spreading the conservation message and beyond to the somewhat controversial science of biofabricating rhino horn, a total of 36 sessions across six hours unveiled fascinating insights and sparked lively debate. 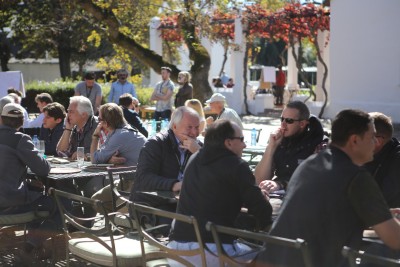 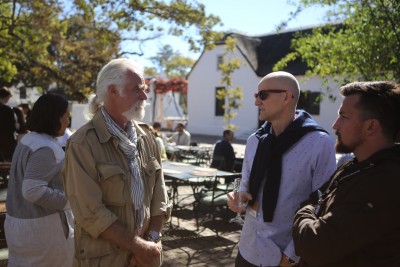 A delicious half-time networking lunch provided by Spier Hotel & Wine Farm doubled up as another opportunity for TEAMWORK teams to gather and discuss their ideas, as well as allowing players to recharge and connect. Come evening, the tang of barbecue smoke and the chink of wine glasses filled the air at the networking dinner, where TEAMWORK teams put the final touches to their plans and awaited the evening’s presentations with baited breath. 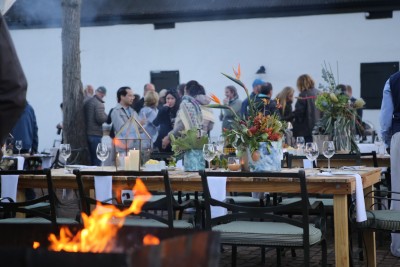 At 7.30pm, a mass migration into The Arena saw the players lounging on beanbags and perched in camp chairs, Spier wine and coffee in hand, for a surprise opera performance, the Conservation Lab’s second keynote address and TEAMWORK presentations.

First up, the respect and awe in the room was palpable as Director and Chief Warden of Virunga National Park, Emmanuel De Merode, took to the stage. Operating in the conflict-torn Eastern Democratic Republic of Congo, which since 1994 has seen one of the greatest periods of suffering since the Second World War, De Merode called the situation there “overwhelming”. Statistically, Virunga wardens have a 30-40% chance of meeting a violent death as a result of their job; yet quitting is almost unheard of and De Merode and his colleagues continue to put their lives on the line every day to protect the park and its habitants. The fact that he is still at Virunga after 23 years, says De Merode, is testament to his incredible team. 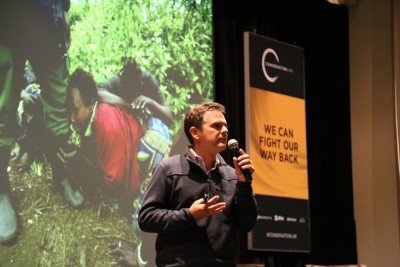 He went on to outline the model that the park operates by, reminding his audience that although many of them (him included) are trained in biological or social sciences, this sector is also deeply affected by the politics and economics of the local regions. Thus, he explained, conservationists must encourage their friends in civil society, state institutions and the private sector to work together to achieve “stability through development”, focussing on the values of sustainability, poverty reduction, and accountability and good governance. All this, he reminded us, comes together in a system “much larger than we are.” 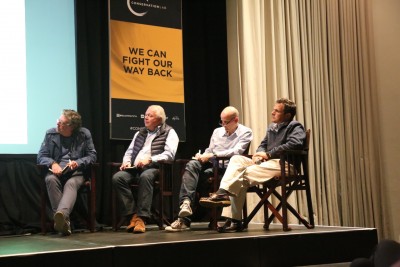 Next, it was time for the TEAMWORK teams to take to the stage to present their plans for a $50,000,000 conservation spend to a panel of judges – including the aforementioned Serge Dive and Emmanuel De Merode, along with esteemed travel journalist Graham Boyton and owner of Royal Portfolio Phil Biden – and their peers in the audience. 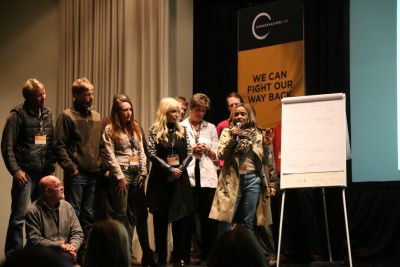 Their challenge was to explain their big idea; to outline a basic operational plan and budget; to explain how the travel industry would be involved; to quantify the return on investment; and to show how their plan could be scalable should $100,000,000 be available. With each team featuring a range of backgrounds – from conservation and travel, to tech and press – the ideas were both varied and inspired, conveying an important lesson about how much can be achieved when players with different skills work together. 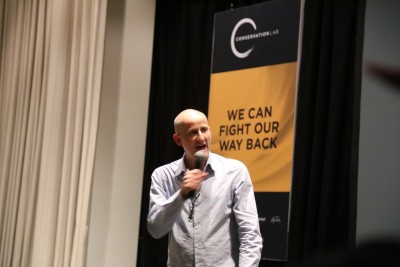 Finally, Serge Dive once again took to the stage to thank everyone for their enthusiasm and cooperation: out of 100 players, 60 contributed to TEAMWORK, GAME PLANS, or gave a keynote address – an incredible figure that’s testament to the commitment and diligence of our talented players. But he also took the opportunity to remind them that their work is far from over, and to challenge them with the question: what will you do next?

As event facilitators and community builders, Dive pledged that Beyond Luxury Media will continue to bring people together at an annual Conservation Lab, which he hopes might be 200 or even 300-strong in 2017; but outlined his hope – expectation, even – that in the meantime players would work together to gain the inches they need to win the game… Because if we come together as a team, we can fight our way back.

Got it
русское порно сын