PROTECTING THE CAPE’S BIG CATS WITH THE CAPE LEOPARD TRUST

The scenic Western Cape winelands are one of South Africa’s top tourist attractions, and it’s a rare visitor who doesn’t spend at least a few days exploring the region’s manicured estates and charming cellar door tasting rooms. Here, thousands of acres of neatly trellised vineyards fan out in every direction, buffered only by the outskirts of Cape Town and the towering Hottentots Holland Mountains.

Yet few tourists – as they admire the scenery from the terrace of an historic manor house, glass of Chardonnay in hand – realise that those high peaks hold a remarkable secret.

Across the mountainous corners of the winelands, Cape Leopards still roam wild. Shy, elusive and endangered, these remarkable big cats have been dubbed the ‘ghosts of the mountains’; seen only by fortunate hikers, eagle-eyed farmers and dedicated researchers.

Today those researchers are likely to be working for the Cape Leopard Trust (CLT), a not-for-profit organisation that combines research and education in a bid to conserve the threatened cats of the Cape. Established in 2004 by Dr. Quinton Martins, the Trust has its roots in the Cederberg Mountains some 300-kilometres north of Cape Town, where Martins first researched the populations of wild Cape Leopards, and worked on solutions to human-predator conflict.

Today, the project runs similar research, conservation and educational projects in the Boland region surrounding the wineland hotspots of Stellenbosch and Franschhoek, as well as in the Gouritz Corridor near the small towns of Calitzdorp and Oudtshoorn.

CLT researchers use both camera traps and GPS-collaring to survey the health of wild leopard populations as well as monitor the cats’ territorial ranges. Although Cape Leopards are genetically the same species as the ‘savannah’ leopards commonly seen in safari reserves, Cape Leopards have adapted to the inhospitable terrain: they are considerably smaller – typically just half the weight – and their ranges cover remarkable distances. Male leopards in the Cederberg Mountains can cover a territory up to 1000km². In contrast, male leopards in the Kruger National Park dominate territories of a mere 50km².

With vast ranges across inhospitable mountain terrain it’s understandably difficult to estimate the exact population of Cape Leopards, but a large-scale remote camera survey conducted over six years identified in excess of 60 individual adult leopards in the mountains stretching from the winelands town of Tulbagh to the coastal Kogelberg Biosphere Reserve.

While research and monitoring projects provide useful scientific data as to leopard populations, an equally important role of the Trust is to convince locals it’s “a privilege to have wild leopards living right among us in the Cape,” says Helen Turnbull, chief executive officer of the Cape Leopard Trust. Outreach projects include public talks and educational trips for school learners to a campsite in the Cederberg Mountains, as well as working with landowners to reduce human-predator conflict. With an increase in wildlife falling prey to wire traps, a focus in the winelands region is to educate farming communities on the impact of illegal snares.

All of which becomes an expensive business for a non-profit organisation. Aside from fuel, vehicles and salaries, sensitive field cameras cost in the region of R5000, while high-tech GPS tracking collars can set the Trust back some R50,000. Currently a collective of corporate entities and private organisations, including a number of businesses active in the regions where leopards roam wild, sponsor the Trust. An annual fundraising art auction – this year hosted by the Donald Greig Gallery in Cape Town’s V&A Waterfront– is also a crucial contributor to the bank balance, this year raising more than R400,000.

The glamorous confines of an art gallery may be a far cry from those high and rugged peaks, but next time you’re soaking up the idyllic scenery of the Cape winelands, cast your gaze towards the rocky summits where Cape Leopards still roam wild. 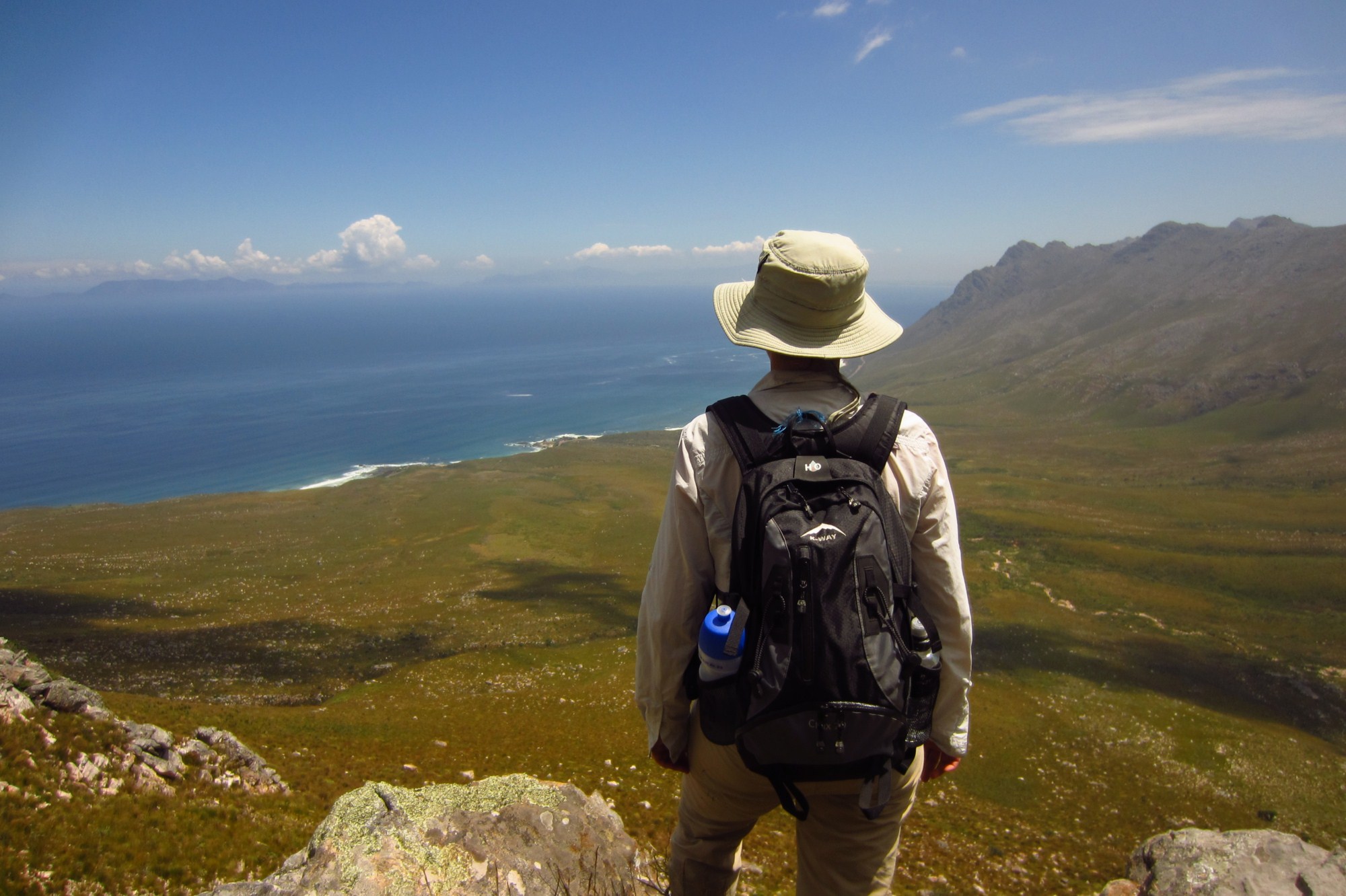