There is no shortage of African retreats offering the last word in luxury and relaxation, but a growing number of intrepid tourists are packing their bags with the simple goal of sweating their way across 42 kilometres of unrivalled African landscapes. From the slopes of Kilimanjaro to the scenic seascapes of the Western Cape, lace up your running shoes to tackle these five iconic African marathons… 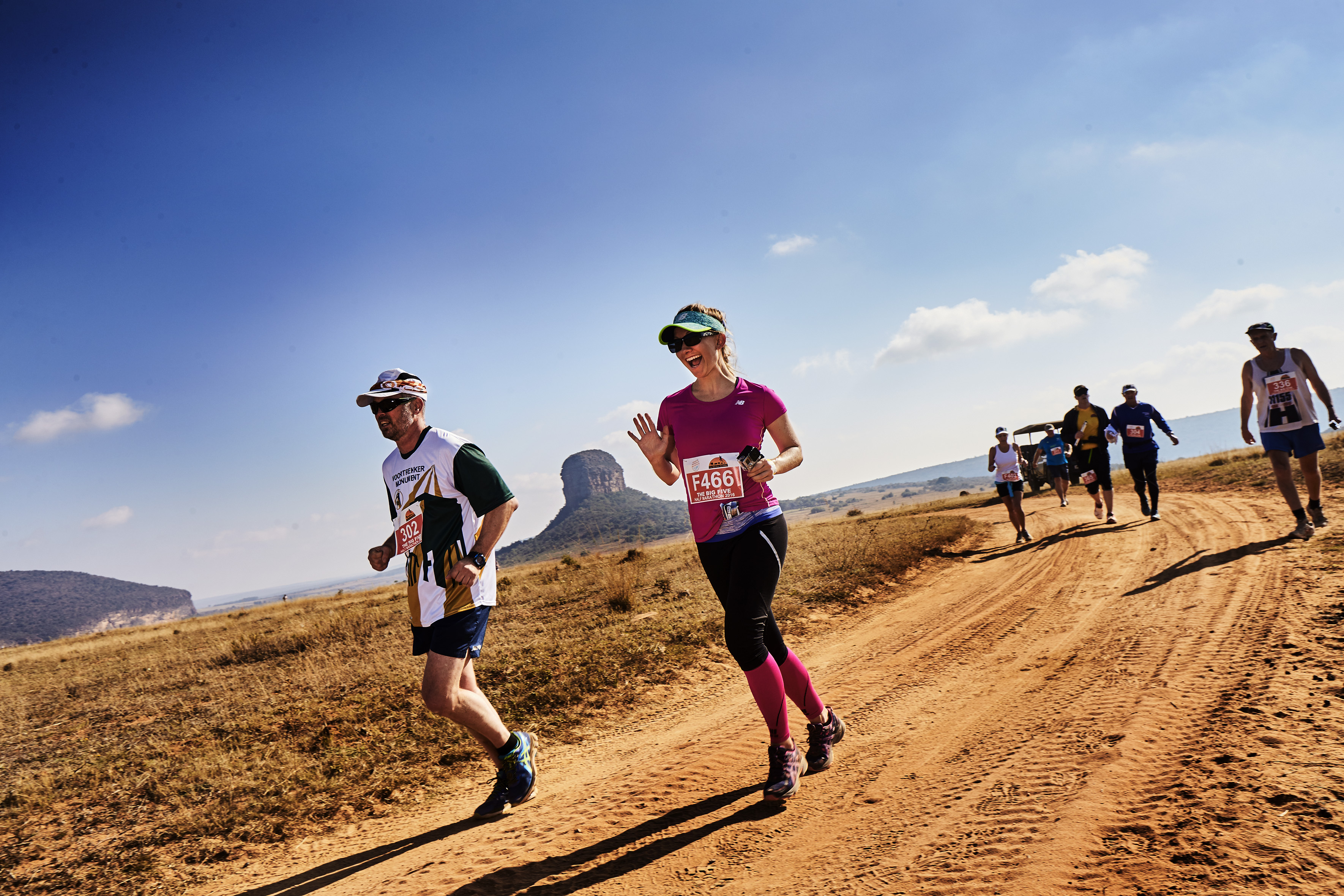 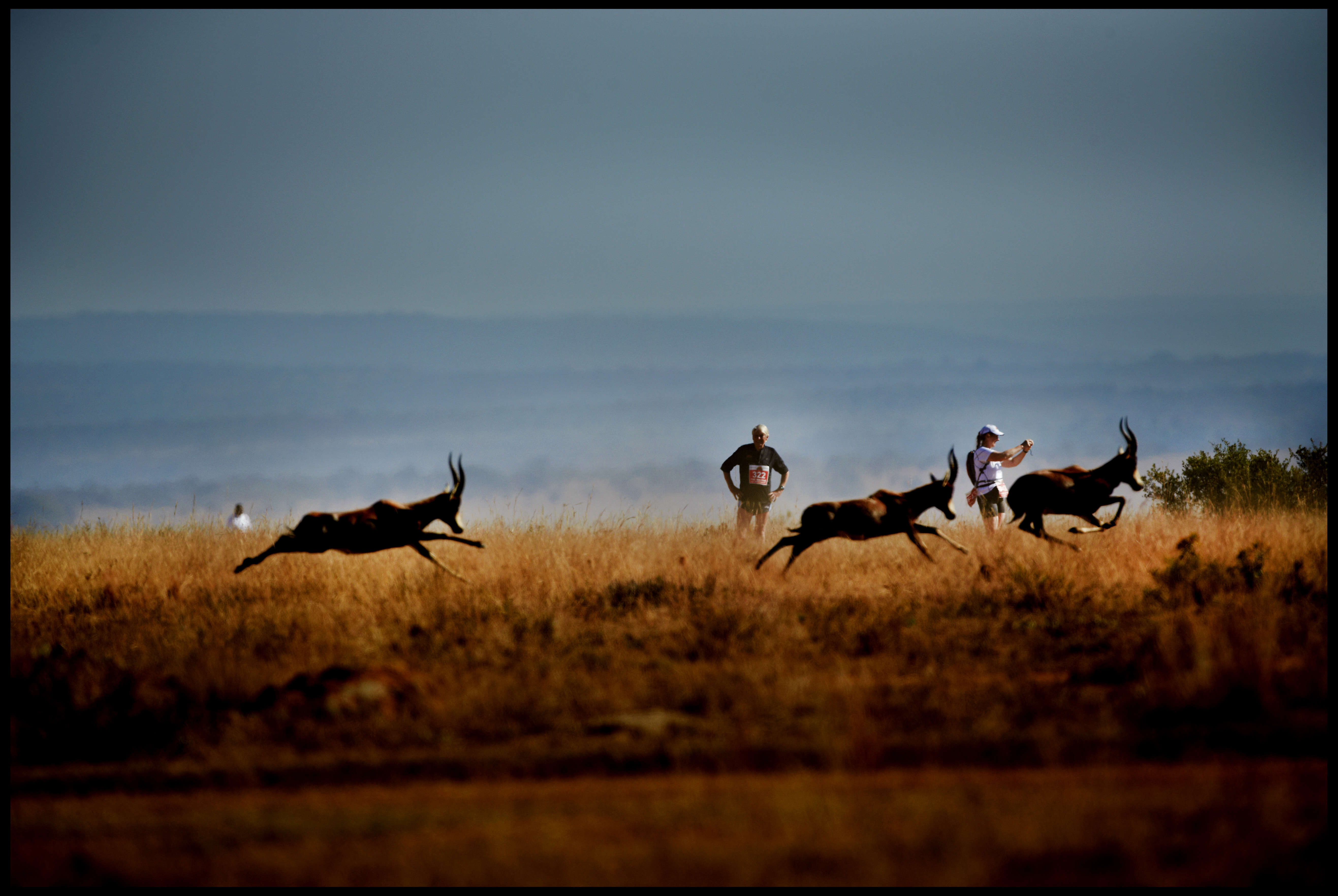 Established in 2005, the Big Five Marathon is part of the global Albatros Adventure Marathon series, and pits competitors against the wilderness of the Waterberg Mountains in South Africa’s Limpopo province.

As the name suggests, the route through the Entabeni Safari Conservancy takes runners through true ‘Big Five’ country, and although dangerous game is located the evening before the race, “there have been several situations with elephants, rhinos and hippos getting too close to the route and stopping runners for a short period of time until danger has passed,” explains Lars Fyhr, Race Director and Head of Albatros Adventure Marathons. “We’ve even had years where the route has been changed last-minute because lions or elephants were too close to the route and not showing any signs of movement away from the course.”

It’s certainly a challenging course, both because it is an off-road ‘trail run, and due to the topography of the conservancy. For intrepid runners it’s all part of the appeal, and the race is certainly one geared for fit runners.

“The Big Five Marathon is a demanding race, but not impossible for the average marathon runner,” adds Fyhr, who says runners should expect to add roughly 25 percent to their ‘flat’ marathon time. The cut-off time is seven hours, and entries are limited to 350 runners.

A standard 42-kilometre marathon not challenging enough for you? The Two Oceans Marathon dishes up some of Cape Town’s most spectacular scenery along its 56-kilometre ‘ultra-marathon’ track.

Dubbed ‘the world’s most beautiful marathon’, and running for the 48th consecutive year in 2017, the course meanders through the city’s vibrant suburbs down to the scenic shores of False Bay and along the coastal road to the bay of Fish Hoek. Then it’s a turn inland and over the iconic Chapman’s Peak and Constantia Nek mountain passes, before a long downhill stretch to the finish at the University of Cape Town’s sports fields.

While 11 000 runners tackle the ultra-marathon course each year, the 21km half-marathon has also proven enormously popular, with all 16 000 entries snapped up months before race day. 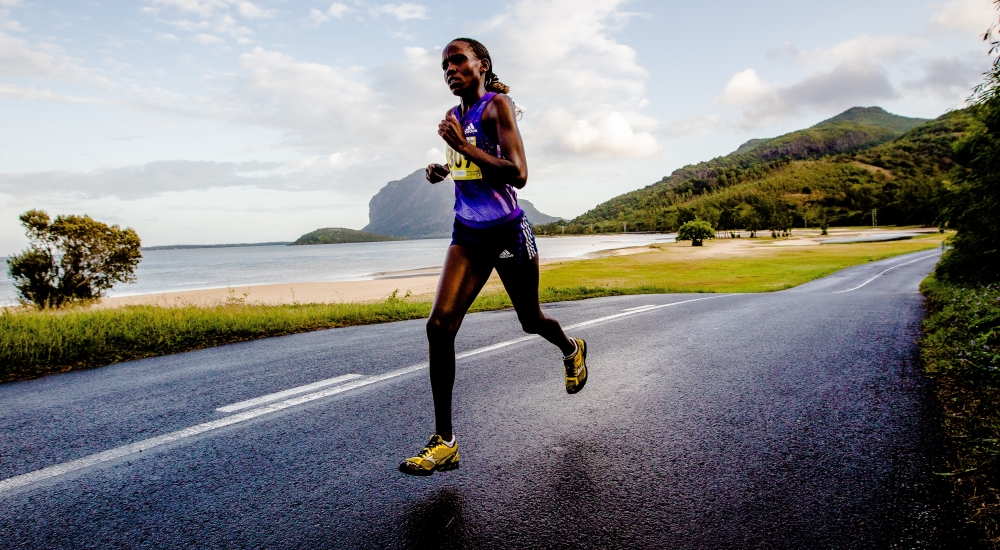 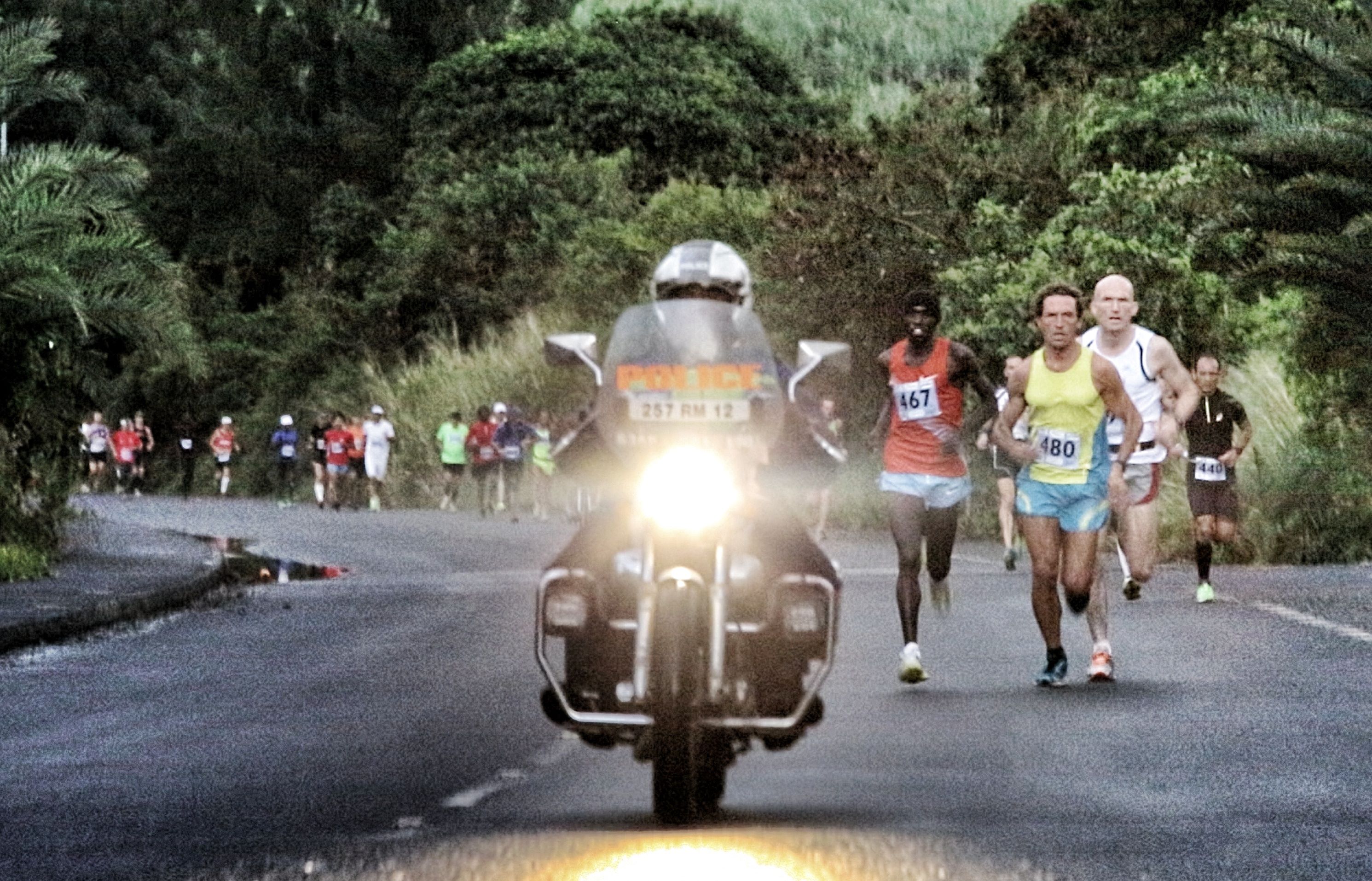 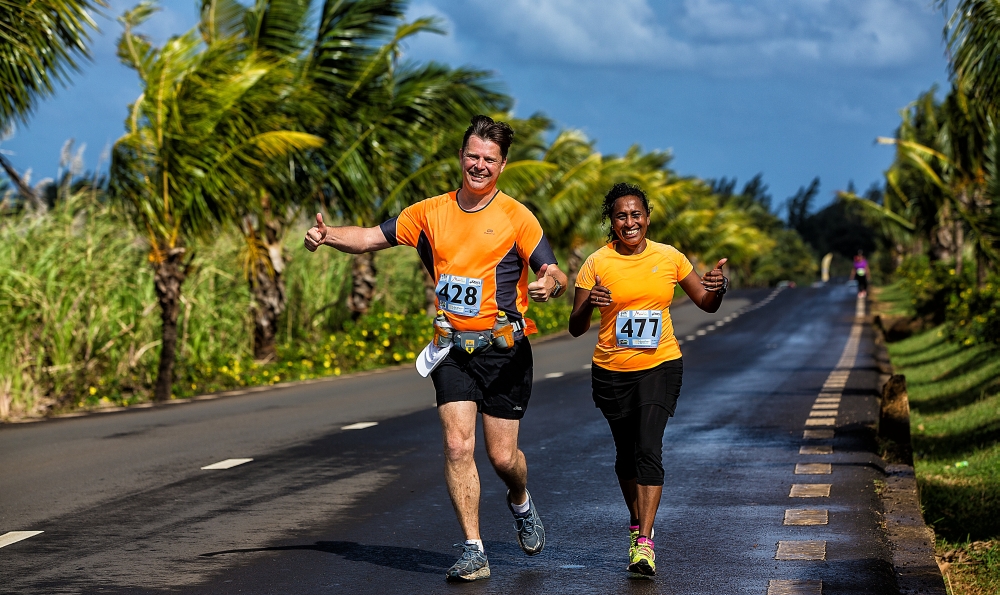 A more laid-back option is the annual Mauritius Marathon, which this year hosts its eight edition on the southern shores of Île Maurice.

Centred on the popular Tamassa Resort the route’s rolling hills and humidity are a challenge, but it’s a more accessible marathon option for the enthusiastic runner. From the start line at St. Felix beach the out-and-back route runs to a turning point close to the World Heritage-listed Le Morne Brabant Mountain, before returning to the finish line at St. Felix.

“The [marathon] course is definitely one of the most beautiful in the world, because it always follows the coastline of the spectacular south coast of Mauritius, offering stunning views of the Indian Ocean, sugarcane fields, spectacular mountains, palm trees and small villages,” explains Communication Director Wolfgang Slawisch.

The Marathon draws runners from across the globe each year, with proceeds from the race supporting local charities. Alongside the full 42km marathon, there is also a half-marathon and 10km race on offer.

What began as a simple idea around sports and cultural exchange has mushroomed into a highlight on the Ugandan sporting calendar in the Uganda Marathon.

Entry fees from international runners help to subsidise local entries, and race packages include both local sightseeing and engaging with community projects.

On race day the challenging trail course takes runners in and around the town of Masaka and up along Pine Ridge, boasting panoramic views across to Lake Victoria.

“Our event last year saw 3000 runners take on the course, and not only win ‘Best International Event’ at the 2016 UK Running Awards, but also a nomination for ‘Best Event for Poverty Reduction’ at the World Responsible Tourism Awards,” enthuses Henry C. Blanchard, Director of the Uganda Marathon. “Through raising nearly $300 000 for local community development projects last year, the race is also Uganda’s largest public fundraising event.” 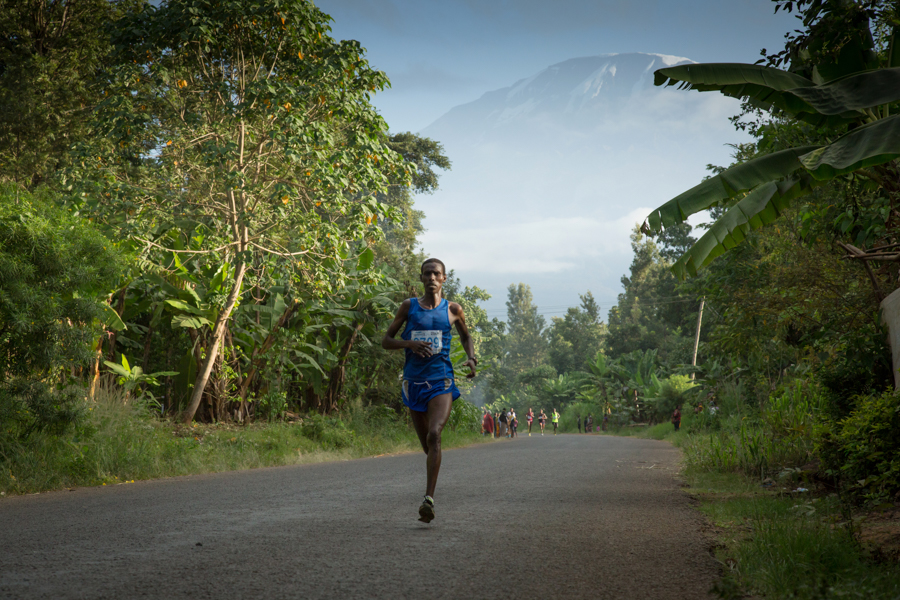 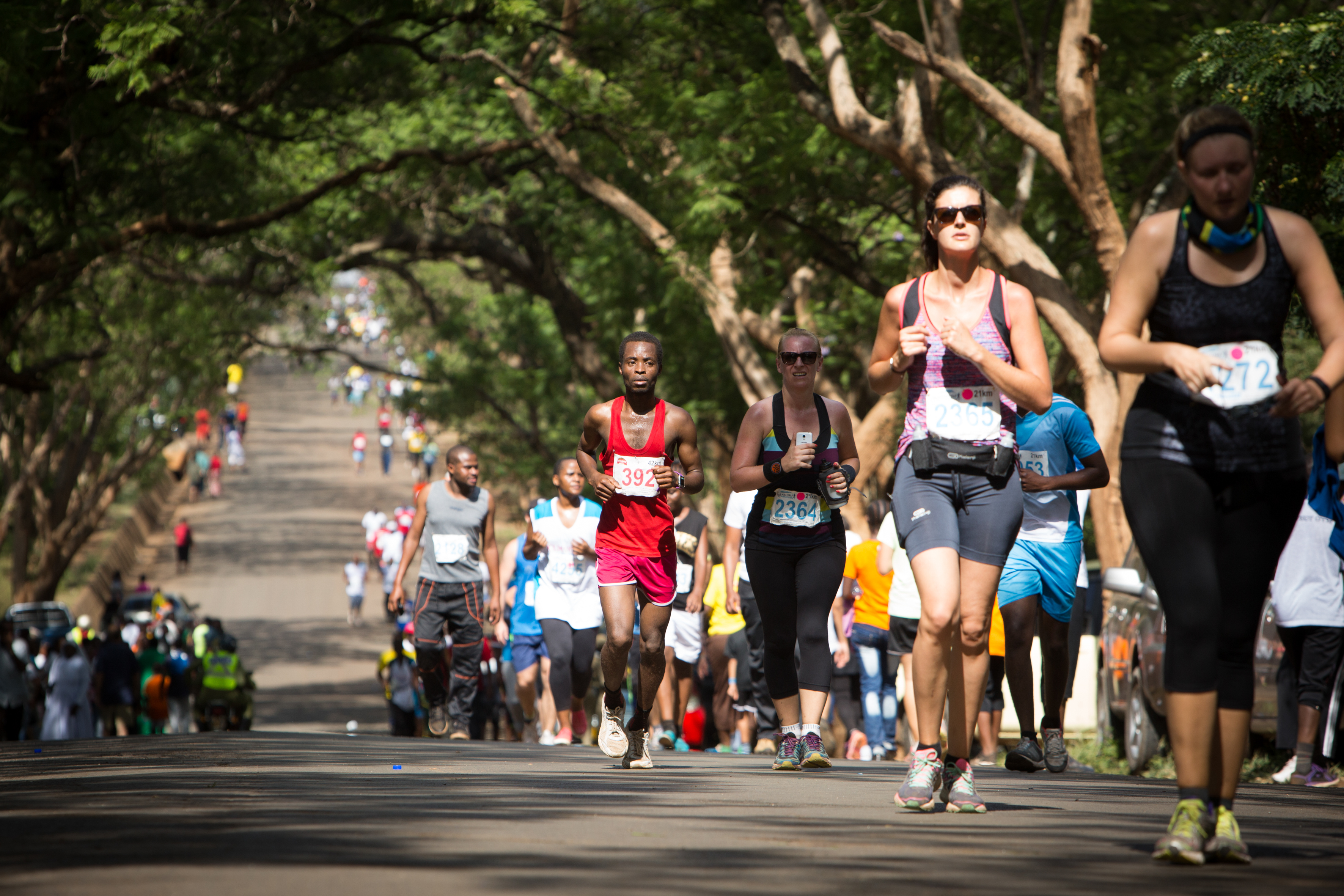 Few marathons can boast a backdrop as impressive as the annual Kilimanjaro Marathon. Started in 2003, each year the race attracts over 8500 runners to the foothills of what is both Africa’s highest peak and the world’s tallest freestanding mountain.

Starting at the stadium in the city of Moshi, the course runs between coffee plantations and banana farms with local villagers turning out with enthusiastic support. The route then returns to Moshi before a long, challenging uphill section towards the marathon’s namesake, before a fast downhill finish into the city.

A 21.1 km half-marathon and five-kilometre ‘fun run’ is held alongside the full marathon.