LIGHTING A FUSE - We Are Africa

What does it take to be successful in the modern world? It might be the subject of a million Google searches and clickbait articles – but according to Serge Dive, Beyond Luxury Media’s Founder and CEO, the secret to doing good business today could mean climbing a glacier, dressing up as a lion or staging a festival on top of a swimming pool (all things he has done recently in the name of ‘non-linear’ networking).

The rationale behind these actions (or perhaps the genius behind the insanity) is rooted in the fact that according to Dive, the world has changed dramatically in the last decade – and as a result, so has the way we do business. “From the mid-fifties to the 2000s, the only media was television and print advertising, so only the big boys could afford to compete. It created a world that was extremely corporate, monochrome and based on economies of scale”, Dive explains. “I think the internet has made everything explode and has rehumanised the relationship between people.”

He continues, “The digitisation of the world has created a premium on face-to-face. The more communication is digitised via social media, email and so on, the more we are rediscovering the ancestral quality of trust. Trust is what allows you to take risks, and trust is what allows you to create long-term partnerships.” In other words, being a leader in the 21st century means acting like “a small shopkeeper, but in a global village.”

Modern alienation, a longing for personal connection and the surfacing of a multitude of conflicting voices are all old news: cornerstones of our contemporary crises. What isn’t, however, is how Dive is using these shifts to turn the traditional conference model upside down.

Anyone who’s been watching Beyond Luxury Media’s events of late may have noticed that something’s afoot. Something of a decidedly unconventional, unexpected nature. Something that goes by the name of ‘un-conference’.

Recent forays into the format have included PURE Pursuits, an intrepid trek across Iceland with a select group of industry leaders (with a forthcoming expedition in the Wild West set to cement the event as the most exciting way to do business and share ideas); the Conservation Lab, a forum to unite the worlds of travel and conservation; and the revamped Ministry of Ideas and MATTER, sister shows LE and PURE’s annual meetings of minds. Whilst their size, audience and subject matter might be different, their common thread is the handing over of control to the participants, doing away with the ‘sage on a stage’ model in favour of crowd-sourced innovation that unfolds like a conversation: spontaneous, unpredictable and collaborative. FUSE, We Are Africa’s first foray into the format, is the latest to tailor the un-conference for a new audience.

So why the switch? After years of organising traditional conferences, Dive came to the conclusion that it was time to adapt to “a world where the concept of ‘radical transparency’ – whereby everything becomes ubiquitous via the internet – is prevalent. By the time professional speakers have observed a phenomenon, prepared a presentation and got on stage, they’ve missed the moment.” Since social media arrived on the market about a decade ago, we’ve realised that “we can learn as much (or more) from each other than from so-called consultants who don’t live and breathe our industry – there is great value and talent in the people around us.” He compares this process to good humour – “when the recipient of the joke gets it at exactly the same moment as the person who is making it. Good insight is the same thing” – and improvisational theatre – “You see art being realised in front of your eyes, not a practised display. It should help you see life through a different prism.”

Quoting consumer psychologist Adam Ferrier, Dive remarks, “I like the idea of ‘separating the visionaries from the vision-impaired’. The 21st century is about collaboration, immersion and non-linear thinking, and the un-conference wholly embraces this new mode of communication. This will totally terrify most corporate companies, which means that the smaller people who dare to be creative and take risks will be the great winners of the next century of business.”

Indeed, it’s his firm belief that businesspeople are the new rockstars (this may go some way to explaining his frequent habit of accidentally dressing like Steve Jobs).  “25 years ago, business was uncool – but today, it’s very cool. The people who are really changing the world – the Elon Musks and Mark Zuckerbergs – have become our superstars”, he says.

Inspired by this insight and the self-confessed “best conference I ever went to” many years ago – when he skipped out on the actual conference bit to shoot the breeze with his new-found friends on a cruise through the Bahamas – Dive set about transforming Beyond Luxury’s conferences into collaborative ‘un-conferences’ where the audience are the stars.

He admits that the format might not be for everyone, but those prepared to be open and generous will benefit hugely. “What you put in, you’ll get out – if you’re passive, you’ll never process your thoughts and you’ll never have insight. But the more you engage and generate content, the more you’ll discover for yourself. We want smart people who can leave their ego at home and be inquisitive, creative and totally collaborative. I’d say two-thirds of participants will get something out of it – what that is, is down to them.”

As for what’s next in this experimental evolution, Dive has grand plans. “Our eventual goal is to launch the ultimate creative event for the global high-end travel market”, he divulges. “This will be a 500-person un-conference lasting three days, with the aim of fostering more creativity and collaboration between its leaders. It will focus on provoking in-depth conversations about the future of travel, the impact of the digital world, and travel on a broader scale – I’ll even say hospitality on a broader scale.” With this revelation in mind, only one question remains – are you ready to take the stage? 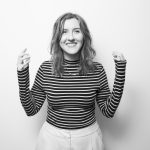 Olivia Squire
Olivia Squire is a freelance travel writer and Editor of SUITCASE Magazine. She loves old buildings, new books, strong drinks and bright lipstick, and is on the constant lookout for hotels that combine all four.