As editor-in-chief for the Mail & Guardian in South Africa, Verashni will be using her background in innovative story-telling to shortlist this year’s award entries.

What are you looking for from this year’s Innovation Awards entries? Is there any one category that you are particularly excited about judging?

I’m excited to hear about parts of this beautiful continent that are opening up to the rest of the world like never before, in ways that are socially and environmentally conscious and ethical. For too long Africa has been subjected to the whims and fantasties of outsiders: I want to see us tell our own stories and boast about our own destinations. To that end, the category I’m particularly excited about is Engage Africa, highlighting those brands that collaborate with the local population to support, train and transform the community in the endeavour to build more of a united Africa.

“I am Made In Africa because I understand the importance of community.”

What innovative projects, people or initiatives are being started in Africa that you think the rest of the world should know about?

This is the year that Sub-Saharan Africa will face the frightening effects of drought on our food supplies. As global warming becomes a reality, innovations by ordinary people and small starts-ups in the area of renewables and sustainability are proving to be the most exciting. There are loads of these sorts of innovations happening all the time and they deserve all the attention and support they can get as we must start preparing ourselves for a new world with scarce resources. One example is USE-IT Waste Recycling FacilityIn the eThekwini municipal area in Johannesburg, South Africa: waste from building sites are reincorporated back into the construction industry cycle, and used to build houses. See more details here.

South Africa’s science innovations are the good news story for the country while its economic and political reality are far more depressing.

The R2-billion MeerKAT telescope will be the largest radio telescope of its kind in the southern hemisphere until it forms part of the larger Square Kilometre Array (SKA) at the end of the decade. Read more about that and other science innovations coming out of SA here.

What stereotype of Africa would you like to banish for good – and what would you replace it with?

I would love to banish the idea that we are an amorphous nation of one kind of people. It’s good for us as Africans to have a sense of unity and see ourselves as one people but within that there is an enormous amount of diversity and difference that we should honour and showcase to the world.

What does being African mean to you?

Being African means being part of a resilient people and continent that have suffered so much but accomplished so much more with even more to come.

Complete the sentence: “I am Made In Africa because…

I understand the importance of community.

Complete the sentence: “To me, Africa is…

Tell us your innovative and inspiring story and stand a chance at making the shortlist for the 2016 We Are Africa Innovation Awards. Find out more about the categories and apply here. 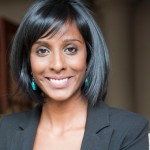 Verashni Pillay
Verashni Pillay is the editor-in-chief of the Mail & Guardian, a weekly, national publication that focuses on political analysis, investigative reporting, Southern African news, local arts, music and popular culture. Verashni has worked at various periods as a senior reporter, covering politics and general news. She also specialises in media management and relishes the task of putting together the right team to create compelling and principled journalism across multiple platforms. She loves innovative story-telling, the likes of which won her the inaugural CNN African Journalism digital award in 2012 and the inaugural Standard Bank Sikuvile multiplatform award in 2013. She wrote a popular weekly column from 2010 – 2015.