Birds’ nests. Not all of our avian friends build their own, and not all are truly spectacular, but when they are, they really are. Intricate cup nests of small species like the hummingbird, where spider silk is used to bind their creations; the everything-but-the-kitchen-sink approach of the house finch; and the mud nests of the cliff swallow. The most spectacular, though, belong to the weavers — whose names do not disappoint; masterfully-crafted, extravagant hanging cocoons that wouldn’t look out of place in a design gallery.

Which brings us neatly to a design gallery, and a series of masterfully-crafted, extravagant hanging cocoons. Yet these are not the complex designs of the bay weaver (Ploceus philippinus) or the famed, gargantuan community nests of the sociable weavers (Philetairus socius) — these are the fairytale abstractions of a man whose rise to the top of the advertising world left him ruing the loss of hands-on creativity. 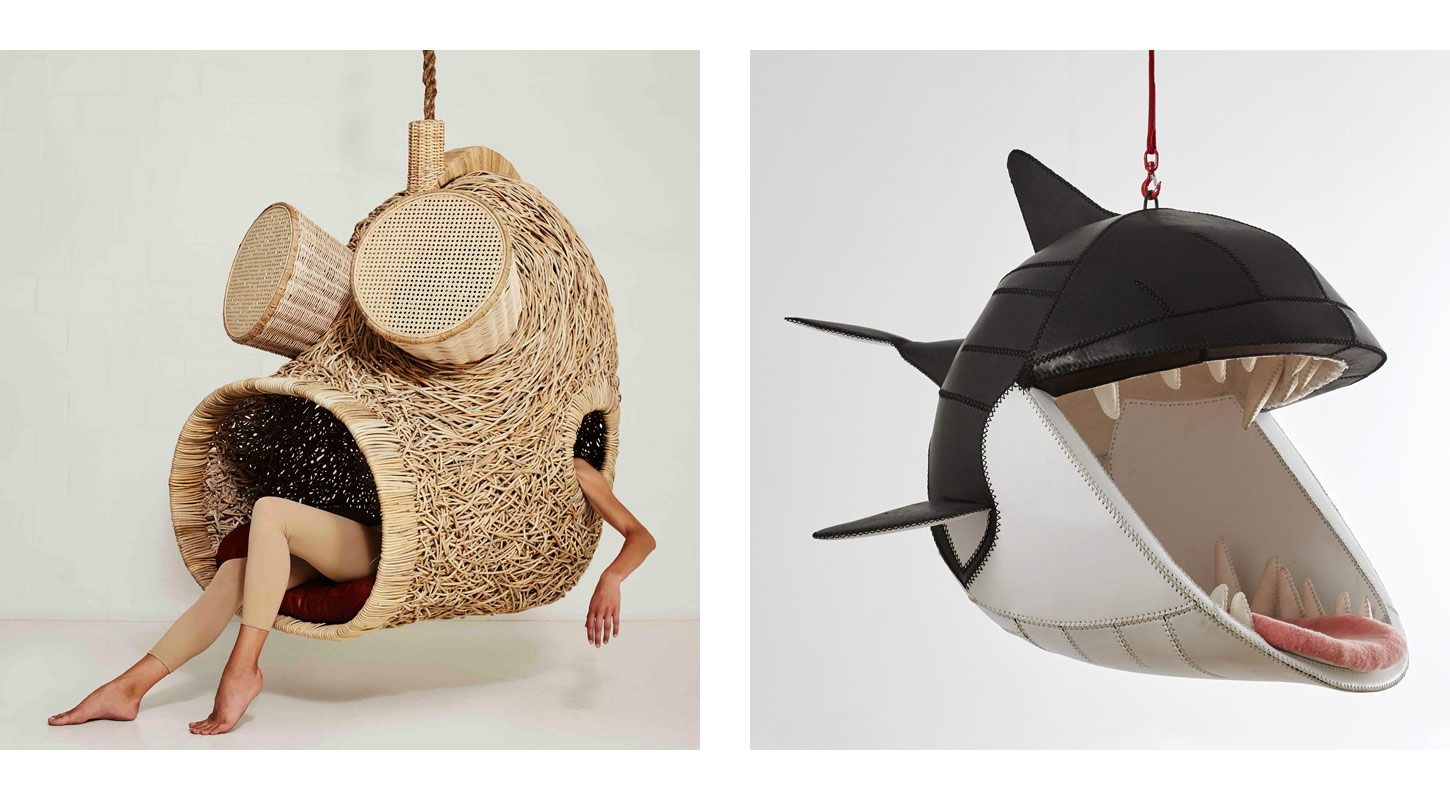 Working as a creative director in agencies from Cape Town to New York, excellently-named South African creative Porky Hefer had realised that the higher he climbed, the less creativity he exerted; working for brands like BMW, Nike, and Coca-Cola paid the bills, but was increasingly leaving him cold. In 2007, Hefer packed in the day job, and three years later he was named Elle Décor Designer of the Year; his Porky Hefer Design (PhD) agency allowing the creative freedom he so craved.

And what creative freedom, Hefer’s conceptual projects have become defined by the life-size nests inspired by his beloved weaver bird; limited edition pods that haze the peripheries of design and art, the result of in-depth study into the social bird’s nest-building skills. The Cape Towner has stacked drinks crates 20 metres high into a Lego-inspired mascot for the 2010 World Cup; designed and manufactured comedy toys that bring a toothy grin to hungry hounds; and worked on awareness projects for the Table Mountain National Park, but it is his foray into the fringes of the art world where Porky Hefer now seems most comfortable.

His first solo show, Monstera Deliciosa, Volume I, was presented at Cape Town gallery Southern Guild at the end of 2015, and Hefer represented South Africa at the inaugural London Design Biennale in 2016; earlier this year saw the creative’s debut solo show in New York. Porky Hefer is getting used to galleries, and galleries are getting used to his eccentric take on interior design. Part sculpture, part statement piece, Hefer’s woven womb-like wonders of biomimicry tickle the childlike sense of diversion that adulthood only masks; his conceptual nests an exuberant assault of the senses.

Recalling the riotous aesthetics of great design agitators of the late ‘60s and ‘70s, Hefer’s nests take the form of killer whales, lions, and creatures from the deep, alongside other less-recognisable nods to nature; Africa and its long connection to craft a constant source of inspiration. ‘My pieces get people to think about nature and its fragility, and make them consider how to protect it,’ says the designer of his revered, larger-than-life works. ‘They’re also about protecting local crafts so that these traditions don’t die out.’

Quite. Porky Hefer’s fanciful design objects don’t just celebrate the intricate work of the avian world: Africa’s traditional craftsmanship is honoured, too. ‘Ismael [Bey] has trained weavers at the Cape Town Society for the Blind, where I’ve had a lot of my designs produced,’ explains Porky of the Cape Town cane craftsman. ‘In this way, I use his traditional knowledge and weaving skills and subvert these into non-traditional forms, making them more relevant. We have such skilled human beings in this country, using techniques not found anywhere else in the world.’ 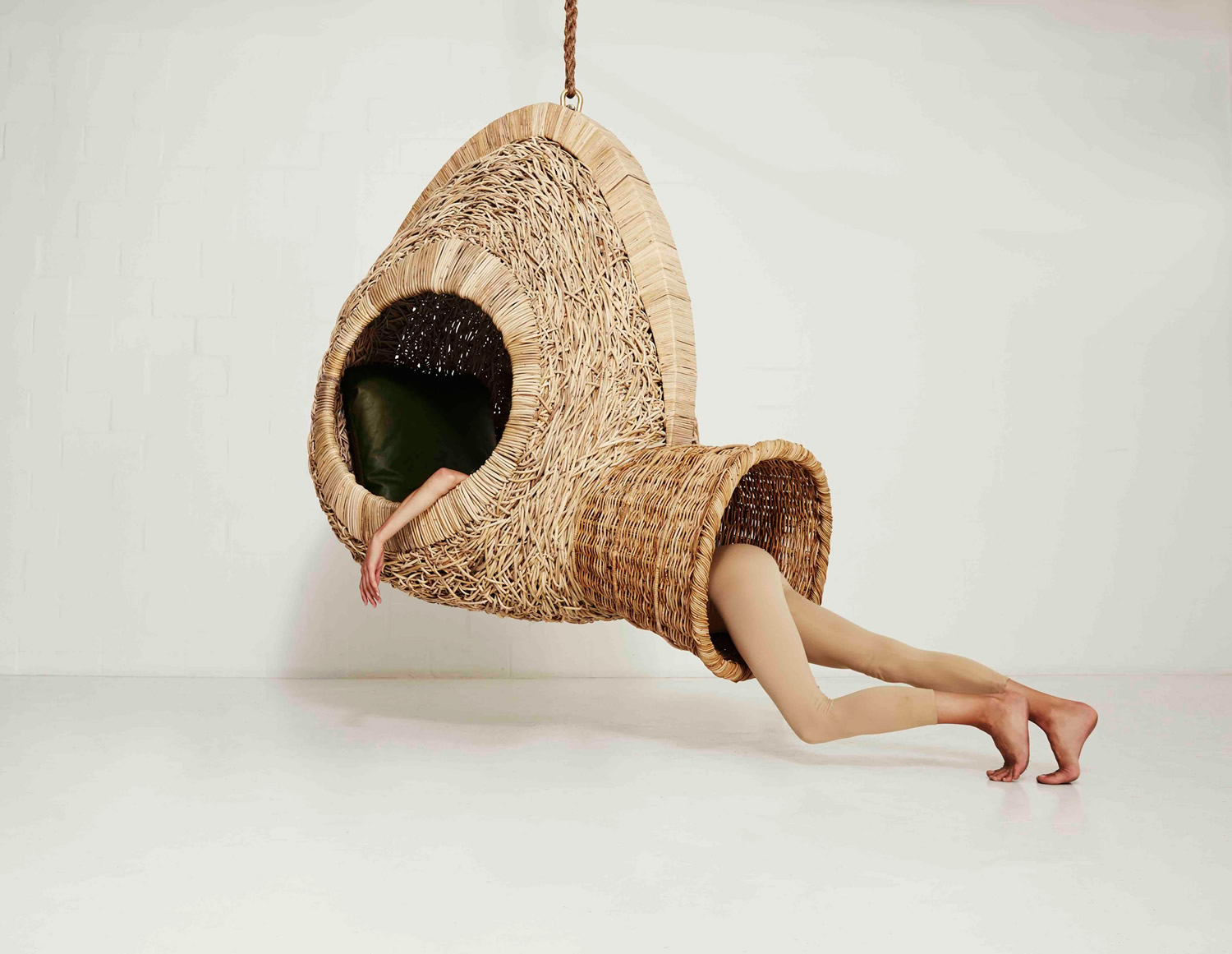 James Davidson
James Davidson is editor-in-chief of We Heart, an online design and lifestyle magazine that he founded in 2009 as a personal blog and now receives over half a million monthly views.