STEP BACK IN TIME IN SWAKOPMUND - We Are Africa

STEP BACK IN TIME IN SWAKOPMUND

Of all the unexpected things you find in Africa, a patriotic German community slap bang in the middle of the Namib desert must rank pretty high on what is surely a very long list. Swakopmund is a scenic, whitewashed town in the heart of luxuriously empty Namibia – and walking around it not only feels like you are stepping back in time, but also like you are stepping over 5,000 miles of African earth to get your feet firmly on European soil. 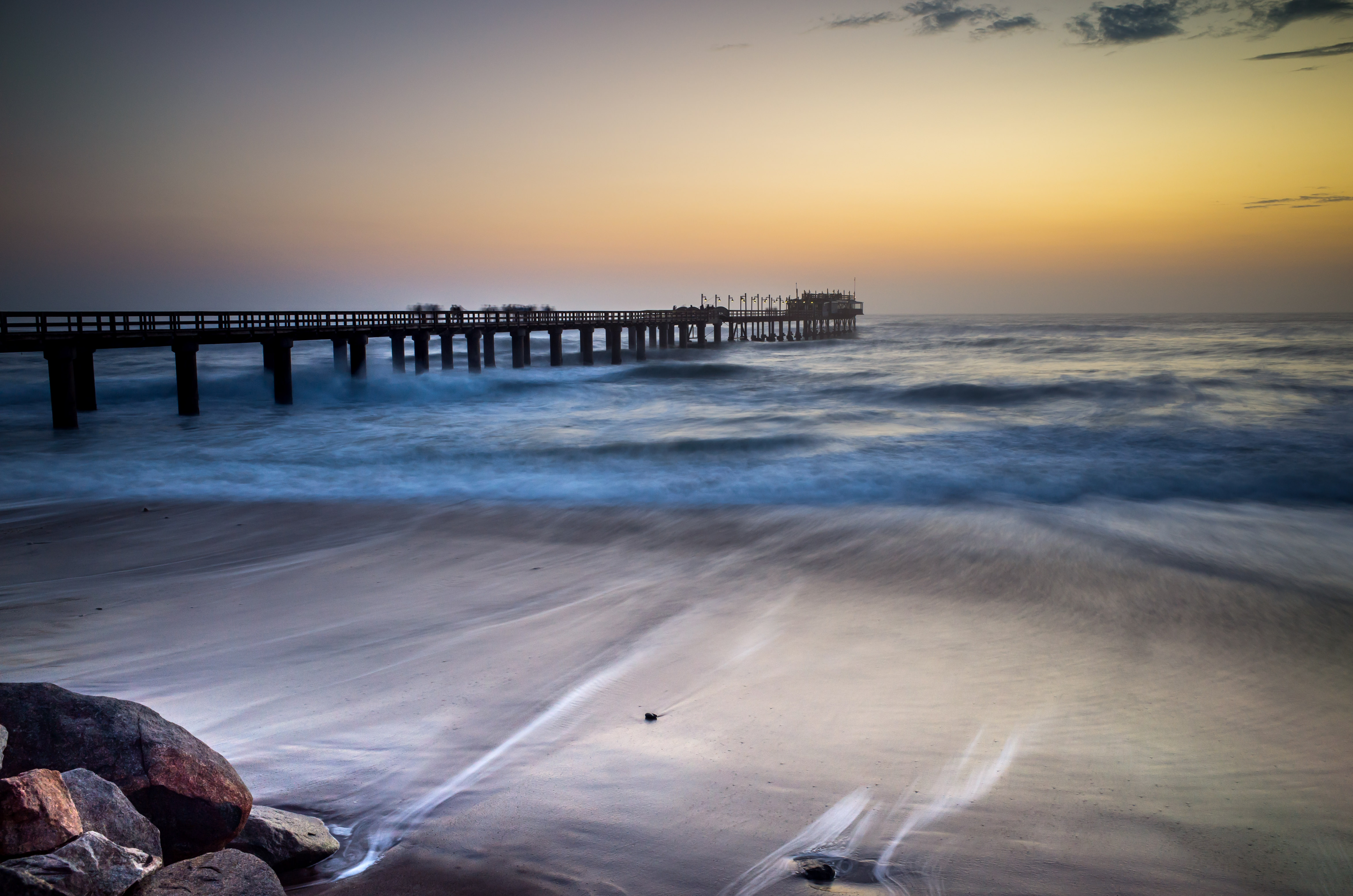 Situated between the freezing Atlantic Ocean of the Skeleton Coast and the hot, dusty sand dunes of the Namib Desert, Swakopmund was founded in 1892 as a port of entry into Africa for the German army. And the Germans certainly made their mark, with the centre of the town built entirely in an ornate Wilhelminische architectural style that would look more at home in a Saxon village than anywhere under the African sun. 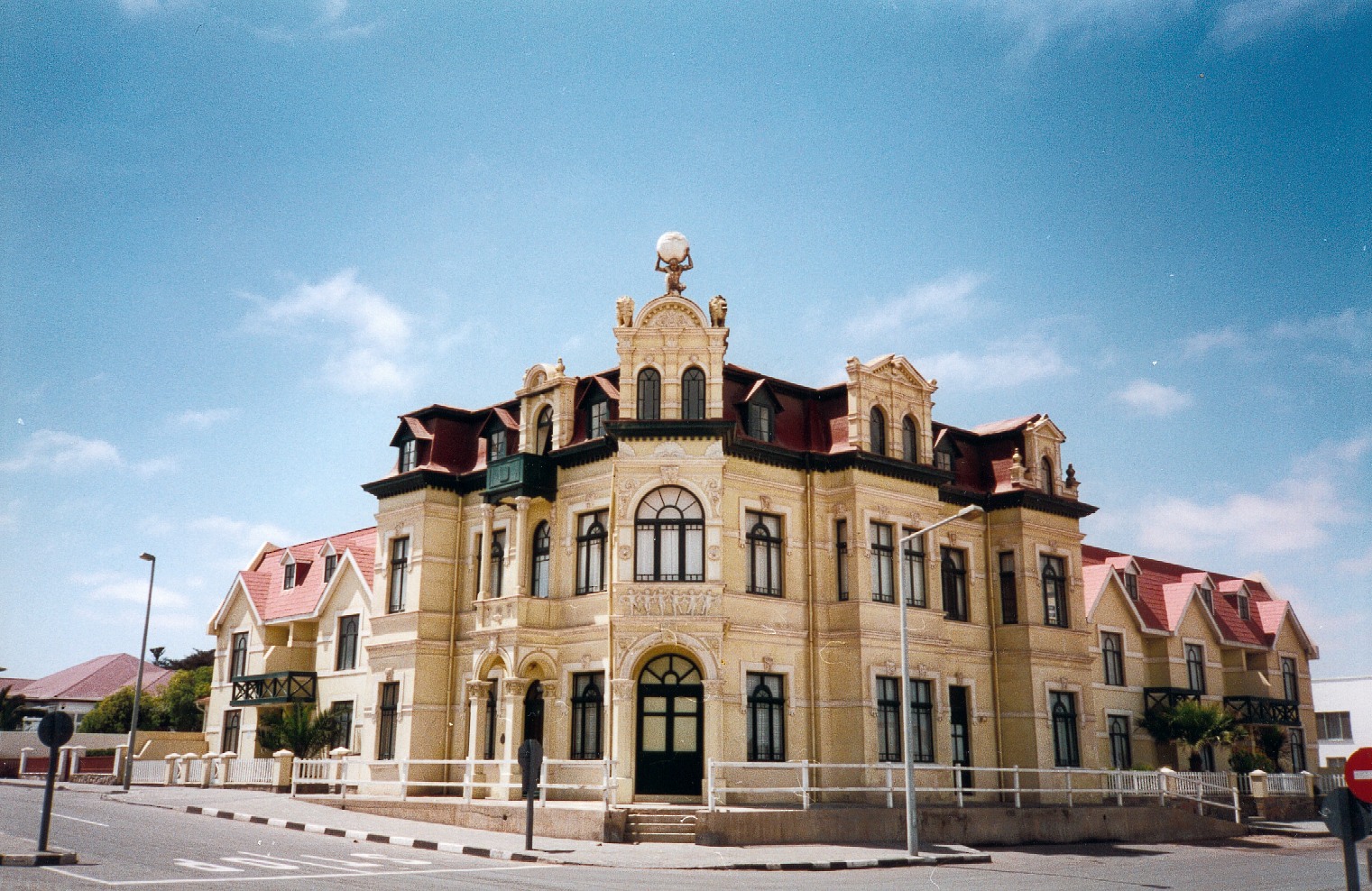 But more than 120 years after their ancestors arrived, the white inhabitants of Swakopmund remain stubbornly rooted to their German past, despite the fact that many of them have never left the shores of Africa. Restaurants are decorated with colonial-era German maps of Africa with sepia-tinted photographs of German generals adorning every wall. What’s on the menu? Bratwurst, sauerbraten, sauerkraut and bauernwurst, with a hearty apfelstrudel for pudding, of course. And if you’re a local, all of this will be ordered in German — the first language for the majority of the white population.

Interestingly, South African and British forces drove the Germans out of Swakopmund during World War I and the area was ruled by South Africa until 1990 when Namibia was given its independence. However, the influence of Germany remains far more potent than that of its nearest neighbour and the determination with which the white residents hold onto their German heritage makes this small, dusty town one of the most atmospheric ways to sample a piece of colonial history.

However, it is the scenery surrounding Swakopmund that is the real draw card, and from the moment you are out on the desert plains, all you will want to do is sit very still and drink it in. Drive for 20 minutes away from the sea and you’ll quickly remember that, for all the German trimmings, you’re deep in Africa. 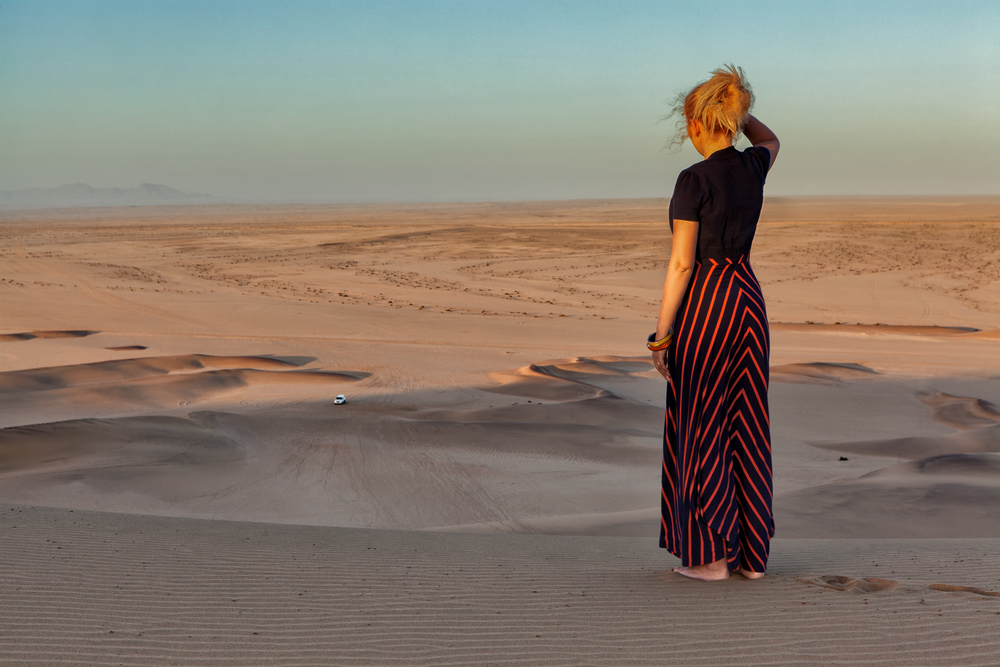 Just on the outskirts of the town, there are already springbok delicately picking their way down the vertical ravines. Jackals skulking along the orange earth and warthog bossily trotting towards small pools of water. Further in the north the locals see breeding herds of desert elephant wallowing in the mud before continuing their long march north, while the chatter of birds making their cross-continent migration can be almost deafening at times.

But more often than not, there are no animals, just an endless of expanse of hot dry earth, in a setting so beautiful it almost looks like art. And it makes you realise that all these Germanophiles may love their bratwurst and their beer, but that very little could ever entice them to leave the otherworldly plains of Namibia, where in the evening the sky turns scarlet from the rising dust and at night the millions of glittering stars make the inky sky look almost silver.

Kucki’s Pub Seafood and Grill has been around for a couple of decades and offers good fish dishes and an even better beer garden.

Café Anton is a beloved local institution that sells excellent coffee and apfelstrudel, gugelhupf and linzer torte that could rival that of any grand café in Munich.

Peter’s Antiques sells indigenous masks and other Namibian handicrafts and the owners are authorities on the German colonisation and the Herero wars.

Die Muschel Book & Art shop sells a variety of German and English language books and has one of the best German art book collections in southern Africa.