Having captured the hearts and minds of our tribe in its inaugural year, We Are Africa’s community engagement initiative, Untold Stories, returns once again for 2016. Alongside our long-term community partner Uthando (Love) South Africa (hear more from founder James here), we’re welcoming two new residents: Coffeebeans Routes and !Khwa ttu.

By way of an introduction, we caught up with General Manager of !Khwa ttu, Michael Daiber… 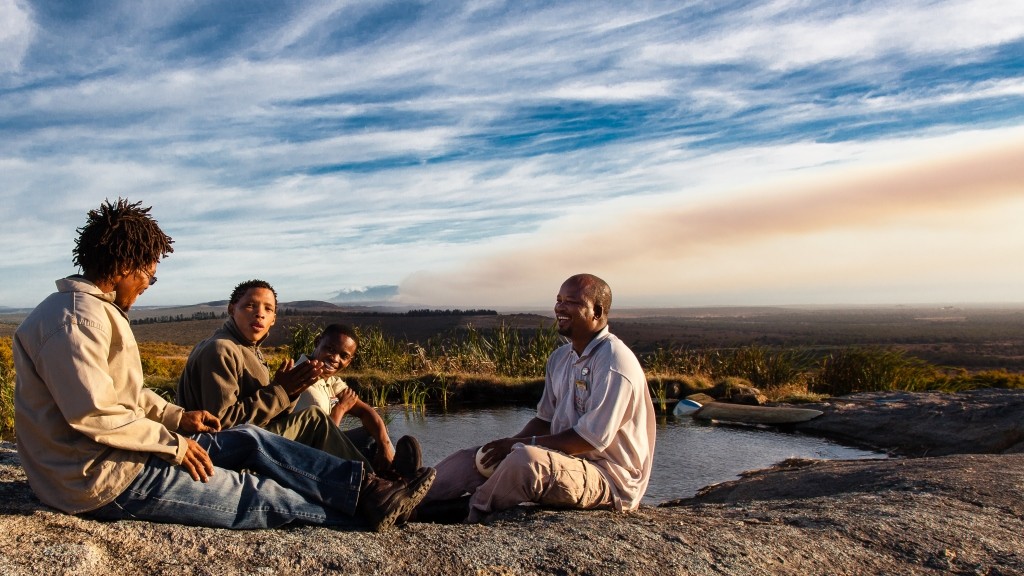 Tell us a bit about !Khwa ttu: how did the company come about? What was the thinking behind it?

The San – the first inhabitants of Southern Africa – are renowned for both their special skills and their in-depth traditional knowledge, yet at the same time for their vulnerable culture. The basis of their culture is vested in both land and natural resources. Unfortunately, most of the San communities in Southern Africa have been dispossessed of their ancestral land and thus no longer have access to natural resources. This has often resulted in the elderly San being unable to transfer knowledge to younger generations.

During the past two decades, discussions among the San about the causes of both their marginalisation and their partial loss of identity led to a number of initiatives. Besides the decision to set up their own organisations, they also agreed that some of these establishments should focus on issues of culture, heritage and tourism.

In 1998, the Working Group for Indigenous Minorities in Southern Africa (WIMSA) – a San organisation – agreed that they needed assistance in training their own people to deal with tourism and how to showcase San culture to the world. Swiss anthropologist Irene Staehlin agreed to help the San. In 1999, guided by her vision and inspired by heritage centres in America and Canada, she bought a small farm on the West Coast of South Africa for the !Khwa ttu project – namely a San Culture and Education Centre. She later set up the Ubuntu Foundation in Switzerland to help support the project. Today the project is run by the !Khwa ttu Non-Profit Company, jointly directed by the Ubuntu Foundation Switzerland and the San, represented by WIMSA. The farm is held in perpetuity by the Meerkat Non-Profit Company for the sole use of the !Khwa ttu project, and can only be used as a San Culture and Education Centre. 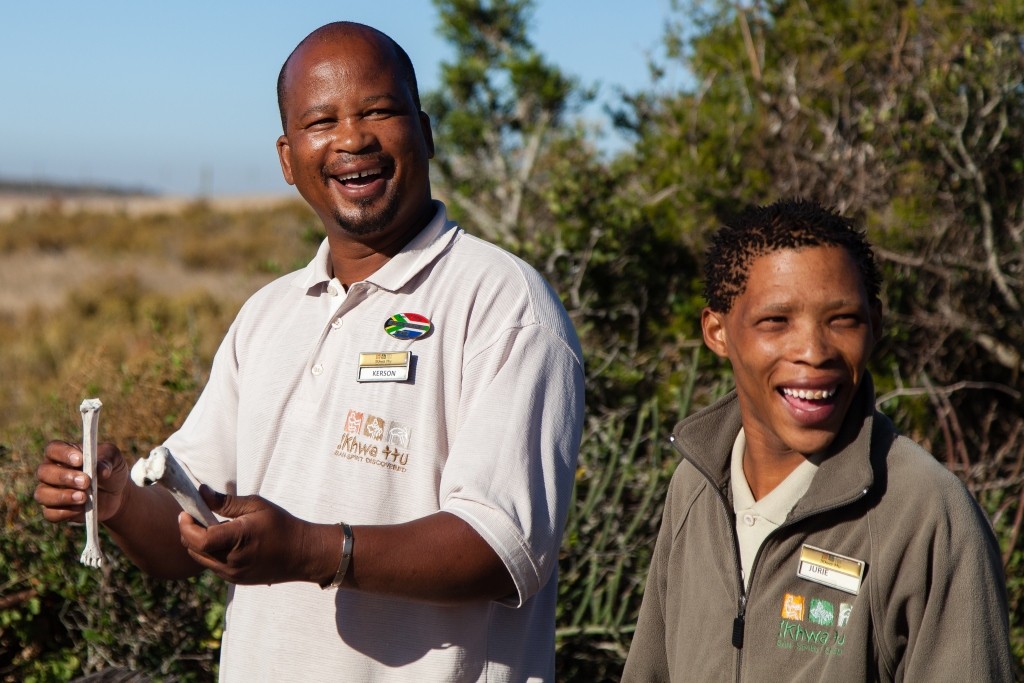 !Khwa ttu is Made In Africa. How does your company seek to tell the world its own, authentic story of Africa – or, more specifically, South Africa?

Sweeping views, tracks through nature, guided culture tours, stylish home-cooked food, exciting projects and entrance to the fascinating world of the First People, the San… With this we invite visitors so that we can share authentic interactions; inspiring San-guided tours; compelling art and photography exhibitions; and professional, friendly hospitality. While we offer this to our visitors, we offer our San students a safe learning environment and share with them appropriately-designed training in sustainable tourism, culture, heritage, nature and general life skills, in order to support them in becoming San ambassadors and following their chosen career path. !Khwa ttu boosts the social and economic well-being of San communities in Southern Africa through the development of successful and sustainable community and other tourism initiatives. We are a safe travel destination and training centre. !Khwa ttu combines adventure, relaxation and education to leave a lasting impression and a new understanding of the phrase “San Spirit Shared”.

In your opinion, what has been !Khwa ttu’s greatest success to date?

Through growing and sustaining the San project for 17 years, turning a sadly neglected wheat and sheep farm with dilapidated outbuildings into a prime cultural destination boasting stunningly renovated and new venues, the !Khwa ttu San-guided experience has become an act of restitution to provide a platform and space for San people to present their past, present and future – in ways informed by their own traditions, perspectives, preferences and hopes – and to speak in their own voices and to reflect and respond to different narratives (the San teach). Furthermore, the training intervention is making a marked difference to the lives of San youth, who are caught in the convergence of traditional and modern means of living (the San learn). These interventions signal a growing transition from lived culture to culture as a source of economic livelihood. This is the ultimate achievement of !Khwa ttu. 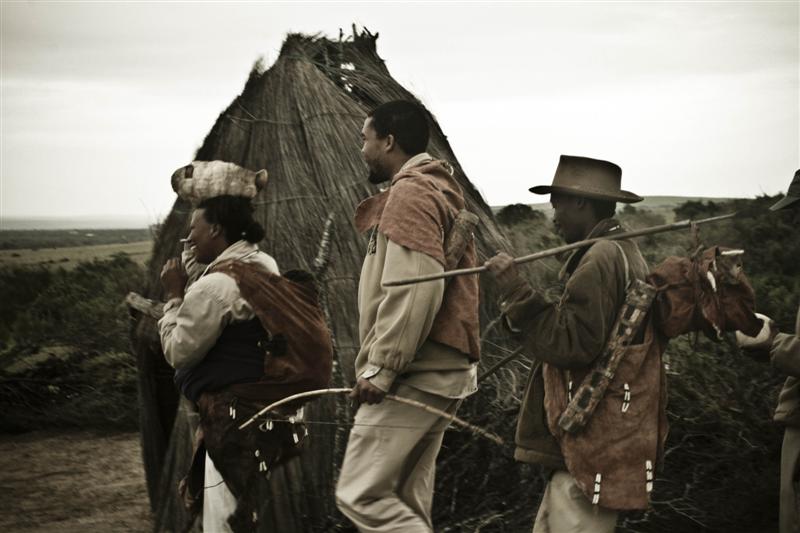 What is the stereotype of Africa that troubles you the most and why? How are you setting about disproving this?

The San, the first people of Southern Africa, are renowned for their in-depth knowledge of their territories, flora and fauna. There is a stereotype that the San are locked in the past, with an extremely romantic image of the San being traditional hunters and gatherers. Any modernisation or adaptation from that image would mean that they would be losing touch with their identity. The San of today are still battling to break away from this notion. Unfortunately, most of the San communities in South Africa, Namibia, Botswana, Angola, Zimbabwe and Zambia have lost both control over their ancestral land and access to natural resources. As land is the basis of their traditional culture, the elderly are, in many communities, unable to educate the younger generation in tracking game, identifying medicinal plants and gathering a wide variety of bush food. The loss of land and the subsequent splitting of San clans in order to find work on farms, where they often were not allowed to speak their mother tongue, led to a devastating erosion of San people’s culture and livelihoods.

!Khwa ttu addresses this situation with a double-edge approach: by educating and informing the local and international public about San history, heritage, current activities and future aspirations on the one hand; and, on the other hand, the Centre focuses on training and empowering young San people from the Southern African region in a number of areas, ranging from basic life skills to heritage stewardship skills.

!Khwa ttu has been playing an enormously positive role in transforming South Africa’s perception of San culture. In parallel, the organisation has been specifically developed to contribute towards long-term economic and social upliftment for the San people of southern Africa. Furthermore, the proposed programme bridges the urban/rural, skilled/unskilled, access/no-access, South African/non-South African cultural divides. As such, it is a socially and culturally empowering programme that invests in youth and builds social cohesion.

The !Khwa ttu Training Programme for guides has sparked widespread interest among San organisations and their support institutions. It has been indicated that it would be highly appreciated if such a tailor-made programme – one that provides San youth with the opportunity to apply their newly-acquired knowledge and skills immediately back into the communities from which they came – could be continued in the years to come. 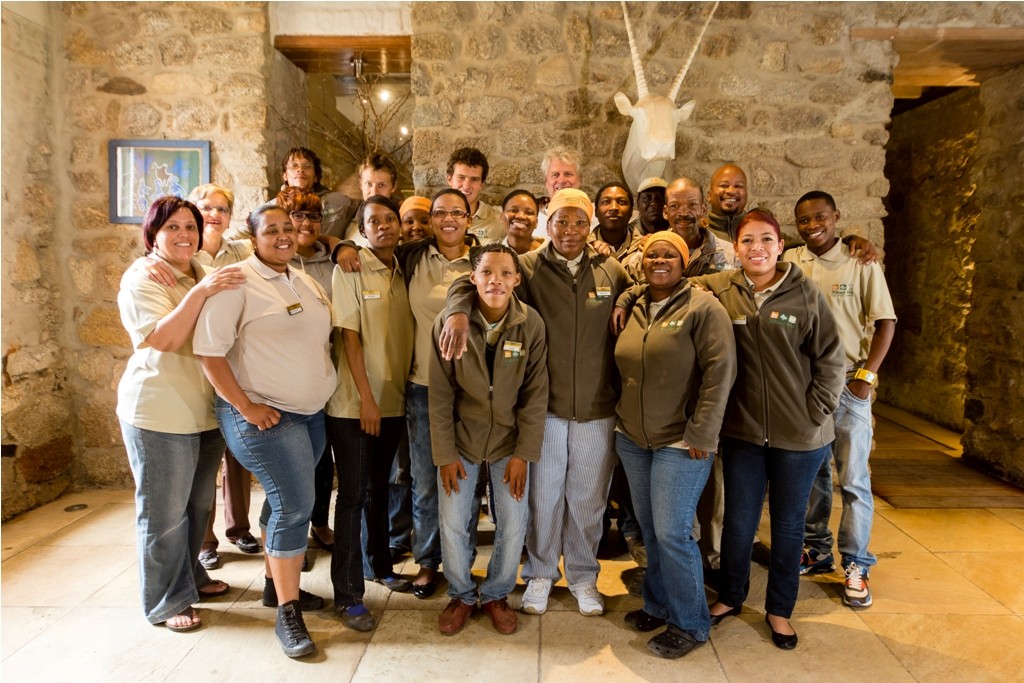 What’s next for !Khwa ttu?

!Khwa ttu is currently undertaking an exciting new initiative. By September 2016, work will have begun on the first phase of building !Khwa ttu’s new museum. The museum will help fulfil one of !Khwa ttu’s primary roles: to bring cultural restitution to the San.

For over six months, a diverse team of San from different groups has been working closely with a museum design team to flesh out what sort of museum we need to fulfil our ambitions. From here on in, we will continue to work closely together in drafting and re-drafting towards a phased implementation, beginning in approximately one year. Personally speaking, it is a real privilege to be part of such a dynamic group and I truly believe we are on track for something really rather special!

!Khwa ttu museum aims to be a world class initiative. Building on examples of indigenous museums and cultural centres found amongst other hunter-gatherer communities, the museum aims to draw out and relate what is special about the San. On a larger scale, it goes further to locate the San and their experiences within that of regional history and the regional environment and more global colonial and post-colonial hunter-gatherer experiences.

!Khwa ttu museum will be a place to inform and inspire all manner of visitors – from the San themselves, to school children, tourists, government and NGO workers, to academics. Equally, the museum development will go hand-in-hand with new education programmes and, just as importantly, a sensitive re-development and re-organisation of an already beautiful site. The !Khwa ttu museum will be a place to stop for some really fine quick food, or coffee and a brief nosey about, or a place to come and savour the menu and while away many hours, enjoying !Khwa ttu hospitality while the children play freely in an exciting new play area.

‘Traditional’ museums have long been about displaying artefacts inside museum buildings. In recent years, trends have moved more towards interactive displays and, when appropriate, outside demonstrations or even ‘living museums’. One of the key challenges facing the !Khwa ttu museum project is how to represent people whose lives are not characterised by material possessions and for whom life is lived overwhelmingly in the open spaces of nature. The !Khwa ttu concept will combine a rich account of San past, present and future presented in a highly accessible and interactive (but nonetheless authoritative) format, inside new, specially adapted and constructed buildings. In addition to this, the museum is very much about being outside and learning something of the skills, knowledge and beliefs that have enabled the San to survive against extreme environmental and social odds. Outside trails, interactive exhibits and guided events will open up the life of the San. Even the play area will be teaching the children something new.

We believe at !Khwa ttu that the San have a particular relationship with the world that not only deserves recognition and respect but has much to offer contemporary society in terms of environmental knowledge, environmental care, self-reliance and social quality. The !Khwa ttu museum does not just tell the story of the San, but introduces or re-introduces people to a particular way of living that links closely to environmental education and pressing global issues of sustainability. 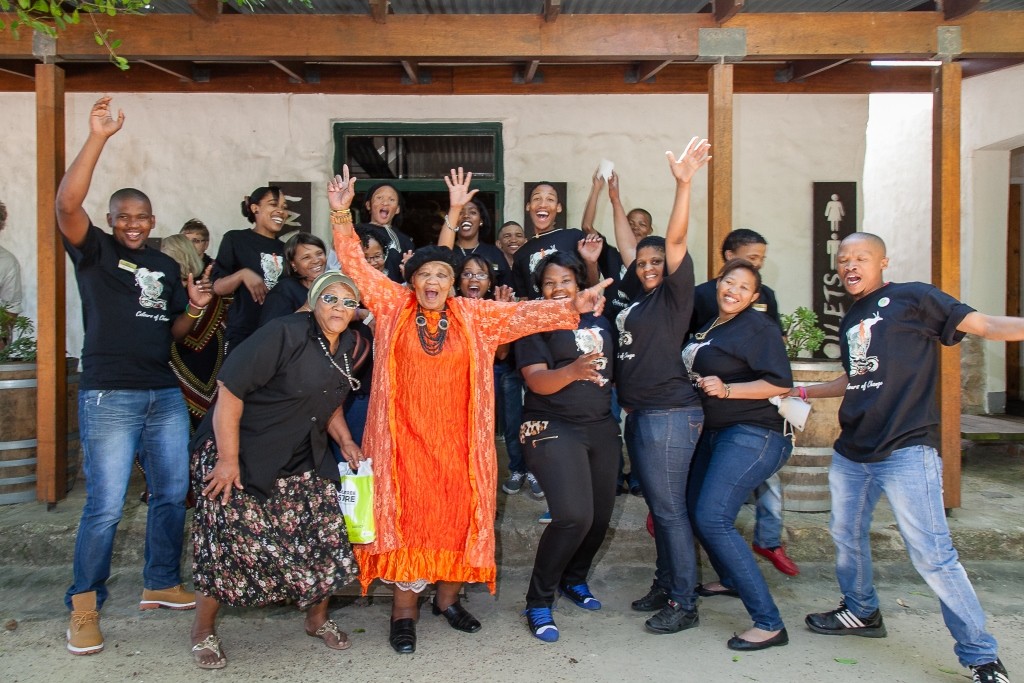