A NEW GENERATION OF SOUTH AFRICAN WINE TALENT - We Are Africa 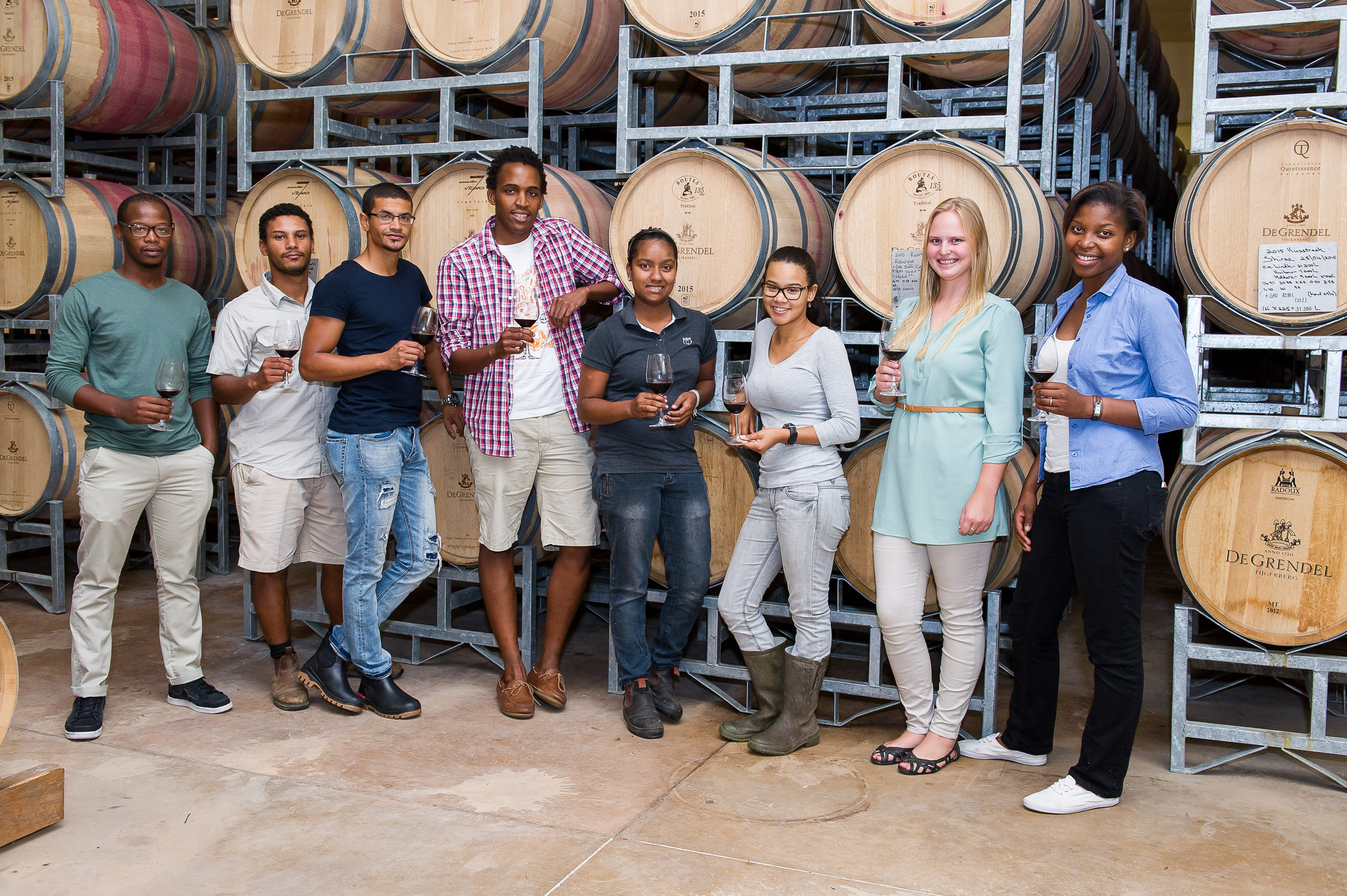 The Cape Winemakers Guild Protégé Programme, a trailblazer for transformation in the wine industry that mentors and empowers aspirant winemakers and viticulturists, celebrates its tenth anniversary this year. We spoke to the current crop about what being part of the programme means to them.

Why wine? For Sydney Mello, who hails from Mahwelereng in South Africa’s Limpopo providence, it’s a question he’s often asked.

“We just have goats, cattle, platinum, and the Kruger National Park,” he jokes. “That’s it. But wine is just something I fell for. I got exposed to it and I loved it. So it’s a great opportunity. You get to rub shoulders with giants in the industry.”

Indeed, over the three-year internship, each protégé spends a year getting first-hand experience by working with a member of the Cape Winemakers Guild. And while Mello worked with Neil Ellis Wines this year, Banele Vakele received mentorship from Louis Strydom at Ernie Els Wines.

“My love for wine started in Constantia, where I went in high school,” recalls the protégé from Khayelitsha, Cape Town. “My personal dream is coming true because next year I’ll be working with Boela Gerber at Groot Constantia.”

Being part of the Cape Winemakers Guild Protégé Programme is also a dream come true for Maryna Huysamen, who spent her first year under the mentorship of David Nieuwoudt at Cederberg Cellars. Growing up in Vredendal, a town surrounded by vineyards, she spent a lot of time with her grandmother on the farm.

“I fell in love with nature and I always knew I wanted to do something in it or with it,” says Huysamen, who studied at Elsenburg and heard about the Cape Winemakers Guild Protégé Programme in her final year. “It’s an amazing opportunity. And I’m thankful because I’m a part of it. I’ve been learning a lot and I’m excited for the future.”

Equally excited is Logan Jooste, who last year enrolled as the programme’s first viticulture protégé. He spent his second year working with Charles Hopkins at De Grendel and will transfer to Graham Beck Wines in Robertson for his final year.

“I like working with plants because it’s all about patience,” says Jooste, who grew up in Stellenbosch and has always had a love for gardening. “Mother Nature does most of the work and we wait while she creates life.”

Another protégé who worked with Charles Hopkins is Kiara Scott. Earlier this year, she crafted four different styles of Shiraz from four different regions. Next year, she’ll have to choose one (or perhaps a blend of all four) to present as her final wine for the annual auction, the proceeds of which go back into the Cape Winemakers Guild Protégé Programme.

“The programme has many advantages,” she says. “We get to taste amazing wines that I can honestly say I wouldn’t have been able to taste if I wasn’t in this programme. We also get to liaise and network with such respected winemakers… You are more involved practically, get to spend more time with the winemakers, and get to pick their brains.”

A big highlight of the programme is the opportunity for international exchanges. Scott spent time in the Rhône wine region of Southern France last year, which she says helped broaden her horizons. Mahalia Kotjane, who is spending her second year with Carl Schultz at Hartenberg Estate, is excited about broadening her horizons too.

“This experience has been amazing,” says Kotjane, who comes from Johannesburg and fell in love with wine after making it in a high school assignment. “I’ve learned a lot, especially with Carl’s meticulous winemaking style. One of my highlights this year is that I will be experiencing my first international harvest in Burgundy as part of the Burgundy Exchange Programme, where we will explore the different regions in France.”

Joining Kotjane on the trip, and just as excited about doing so, is Clayton Christians. Being part of the Cape Winemakers Guilt Protégé Programme has also taught him a lot. Not only has working with Rianie Strydom of Haskell Vineyards given him a newfound love for Chardonnay but he’s also used all available opportunities to learn other skills.

“My second year protégés and I get great opportunities to attend courses,” says Christiaans, who was born and bred in Stellenbosch. “One course was the Charl Theron Certificate in Wine Evaluation, where we learned a great deal about distinguishing between wine styles and characteristics, and to look out for wine faults. There are many courses to follow. I’m looking forward to the following year and getting to contribute to the industry.”

Indeed, many graduates of the programme are making contributions in the industry. Over the past ten years, twenty protégés have come through the programme. A dozen of them are pursuing promising careers in the industry and Rose Kruger, who is spending her final year with Abrie Beeslaar at Kanonkop, is eager to join them.

“The programme has taught me a tremendous amount of valuable knowledge and new skills, first-hand from industry professionals,” she says. “It has helped me accumulate substantial evidence of my abilities. The programme has also taught me independence. Being able to work independently, with little guidance, has helped me feel more confident and competent in what I can do an am capable of doing. With regards to my immediate future, I hope to find employment in a growth-orientated company where I can work to my full potential and implement what I’ve learned these last three years as a Cape Winemakers Guild Protégé.”

Eugene Yiga
As a journalist and blogger, Eugene Yiga has written about travel, leisure, food, wine, marketing, media, television, film, music, theatre, art, books, business, personal development, and more for over 65 different websites, newspapers, and magazines across the globe. He’s profiled over a hundred inspiring individuals so far: from Grammy-winning musicians and multinational CEOs, to celebrated fashion designers and the world’s best chefs.