FIVE HOT AFRICAN HOTEL OPENINGS TO WATCH OUT FOR IN 2017

From national parks teeming with game to Indian Ocean islands and mountainous cities on the sea, Africa offers hoteliers the world’s most beautiful canvas to play with. And this year, any Afrophiles are in particular luck as five highly-anticipated properties are due to open over the next eight months, with more on the horizon – for updates throughout the year, be sure to stick with us on THE BEAT! 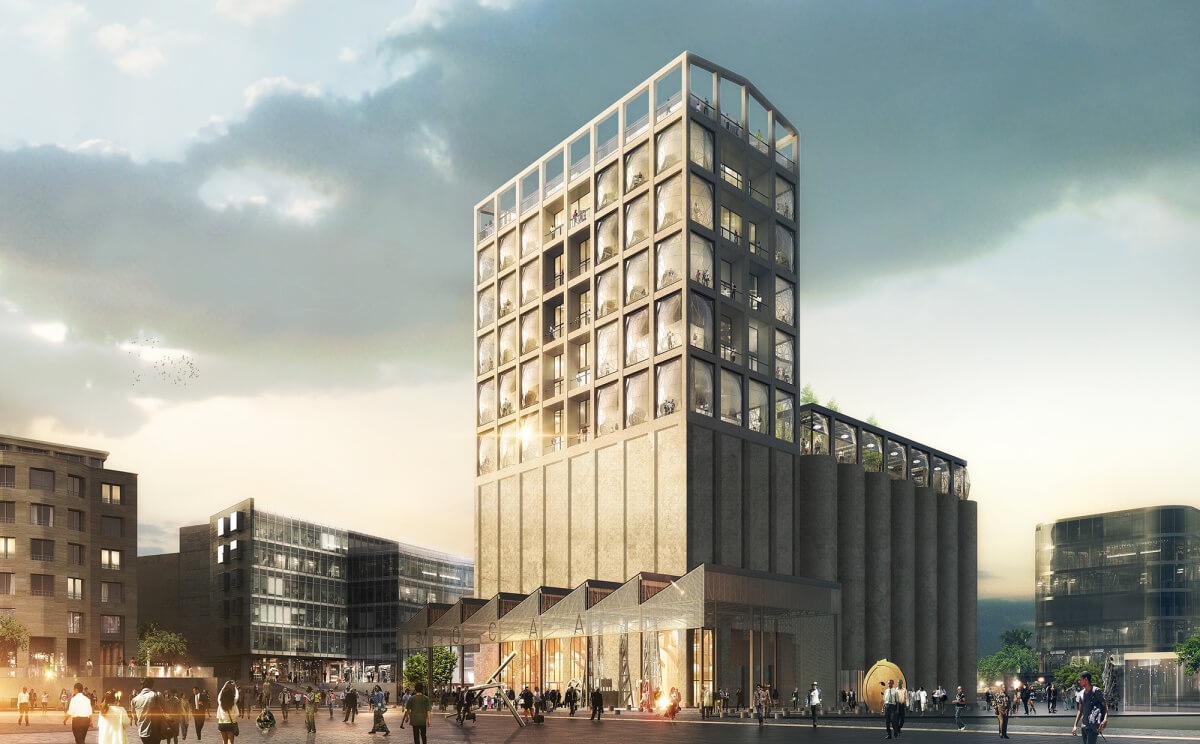 This September Cape Town will add a major string to its already impressive bow when it becomes home to one of the most influential art institutions in the world. The 100,000-square-foot Zeitz Museum of Contemporary Art Africa will be the biggest public art space to open on the continent for more than a century—and costing a cool R500 million, it looks set to change the contemporary art market as we know it. And for any art lovers heading south, there’s a new hotel launching on the site itself, allowing tourists to have an iconic art experience akin to staying in the Louvre or the Met. Designed by Thomas Heatherwick, The Silo is being built in the elevator portion of the historic grain silo complex, six floors above what will become the Zeitz MOCAA. And as Cape Town re-invents itself as an arts and culture destination rather as well as a beach and braai spot, The Silo, with 28 beautifully decorated rooms overlooking Table Mountain, is the ideal base from which to explore the vibrant heart of the city. (In the mean time check out our pre-opening chat with Liz Biden, Co-Founder of Royal Portfolio, here.) 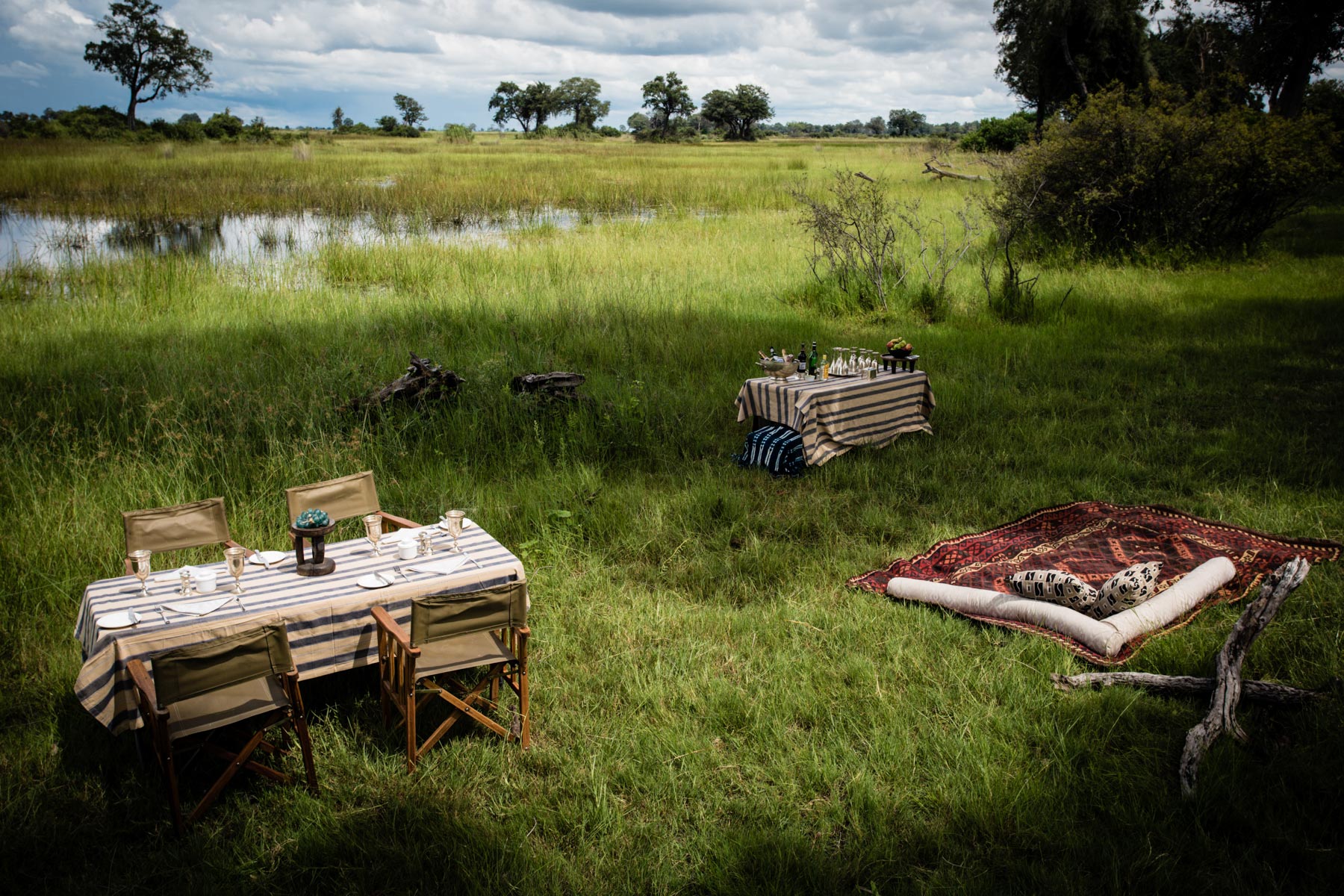 Africa experts, travel guides and game rangers all say the same thing: there’s something magical about Botswana. So, what is it? Well, unlike the plains of the Serengeti or the scrubland of South Africa, Botswana is lush. The Okavango is the biggest inland delta on earth and for most of the year the entire area is flooded with water that comes rushing down from the Angolan highlands. This leads not only to spectacular rainbow-strewn scenery but impressive amounts of game: you can see thousand-strong herds of buffalo, three prides of lion in one day and packs of endangered wild dogs. And the completely rebuilt Duba Plains Camp is set in a part of Botswana so filled with life, it would attract animal lovers from around the world even if its camp wasn’t quite so lovely. But luckily for us, it is. Set in the heart of the Okavango Delta, it has just five beautifully decorated tents serving a maximum of 10 guests in a concession area of 77,000 acres, which means you get to explore the Delta pretty much on your own — because really, nothing ruins the moment like listening to people in a nearby jeep talk about their dinner. And with the best guides in the business and five star tents to come home to each evening, it doesn’t get much better than this.

Visitors to Madagascar are often astonished that it hasn’t burst onto the tourist scene to the extent of the Galapagos or nearby Kenya and Botswana. Not only is it extraordinarily beautiful but this vast land mass floating just to the east of Africa contains some of the most fascinating flora and fauna on earth. And its marine life is no different. When it opens in April, Miavana Island Sanctuary is set to offer one of the most extraordinary water safaris in Africa. Situated on a Nosy Ankao, a private five-island archipelago in Madagascar’s northern waters, it offers all the beauty and relaxation of a traditional island holiday along with an incredible exploration of marine life. With bedrooms perched over the warm sea and chameleons and lemurs acting as fellow guests, visitors can enjoy guided water activities that allow them to visit the aquamarine bays, beaches, lagoons and channels of the archipelago and see the abundance of life within them. 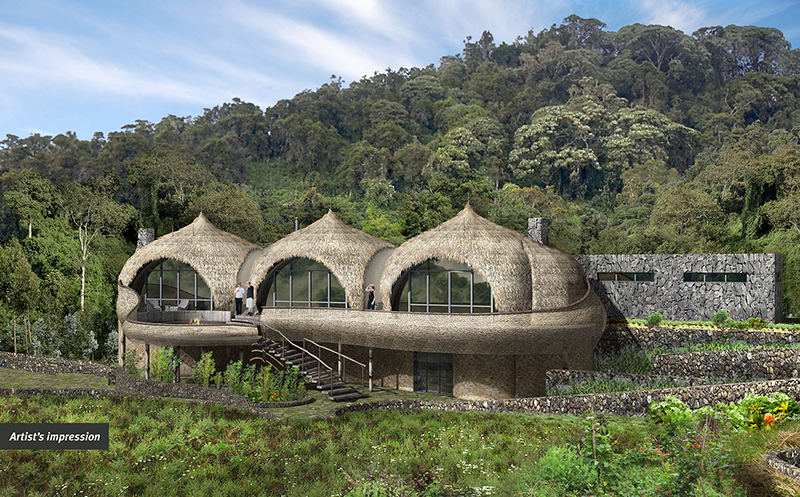 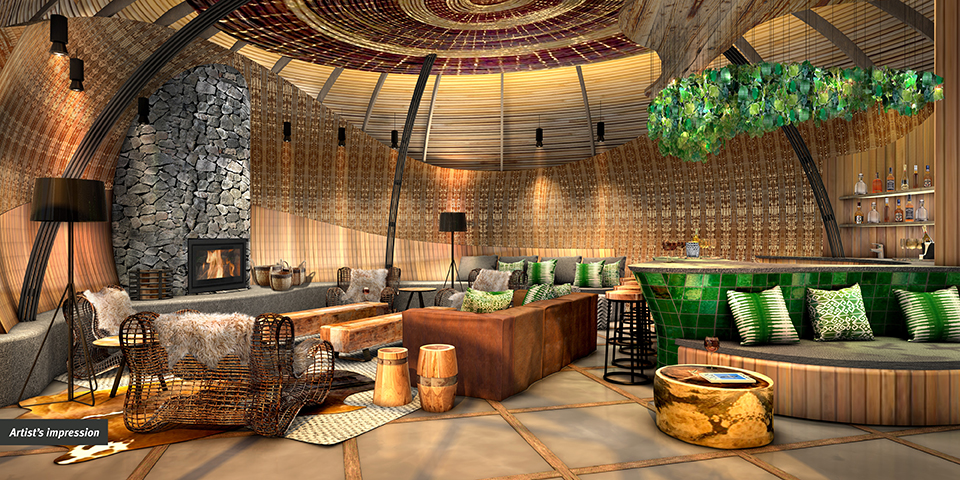 With Bisate Lodge, the unbeatable Wilderness Safaris offers a very different experience to their traditional camps in Botswana, Namibia and Zambia. Situated in an area that had never previously welcomed tourists, Wilderness has been involved in an intense reforestation programme to create the now magnificent animal-filled forests that sit at the foot of two volcanoes (hear what CEO Keith Vincent had to say about the Bisate Lodge project when we interviewed him last year). Tourists travel from far and wide to see the gorillas in the natural habitat and Bisate Lodge offers all guests the chance to spend time with these magnificent apes. However, it also goes above and beyond the animal experience by helping visitors to understand this complex country, from gestures as small as baristas serving typical Rwandan coffee to the essential insights that come from their guided tours of the genocide memorial and Diane Fossey’s grave. And the hotel itself is a wonder to behold, with six villas set high in the tree tops, accessed only by a funicular from the main camp, with the hundreds of golden monkeys acting as an alarm clock each morning.

Wills and Kate, Amal and George, Brad and Jen… Are there any celebrities who haven’t spent their honeymoon on the Seychelles? From this September, renowned celebrity havens will have a new contender to deal with when the Four Seasons Seychelles at Desroches Island reopens. A half an hour’s flight from Mahé, Desroches Island offers pristine white-sand beaches, lush coconut groves, crystal clear waters and vibrant coral reefs—and year-round sun given that it is just five degrees south of the equator. With 40 beach suites and 11 private residence villas, Four Seasons Seychelles will be one of the company’s most intimate properties, with guests enjoying direct access to unspoiled beaches of the Indian Ocean. Or there are private plunge pools and vast infinity pools if the whim takes you, as well as world-class diving, fishing, snorkelling and water sports, while the inland forests and coconut trees provide picturesque paths for cycling and hiking. Oh, and we’re hoping for one or two Oscar winners in the restaurant, too…